Akshay Kumar’s latest offering Mission Mangal has passed its fourth week on a decent but steady note and added a few more crores to its massive total at the domestic box office. Despite having the highly-appreciated Chhichhore in the opposite, it is performing good enough. 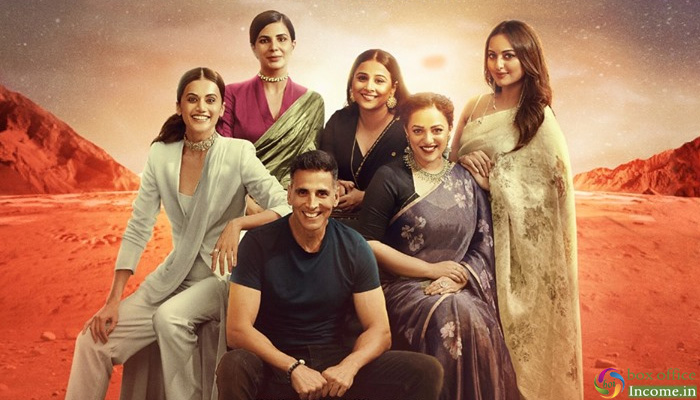 Produced by Cape of Good Films, Hope Productions, Fox Star Studios, Mission Mangal has got succeed to entertain many in theatres and gathered a solid word of mouth. As a result, it registered the superb business of 128.16 crores in the first week which included 97.56 crores in the weekend and 30.60 crores on weekdays.

In the fourth weekend, it showed better performance than expected and raked the business of 4.23 crores which included 0.73 crore on Friday, 1.40 crore on Saturday & 2.10 crores on Sunday. Then on weekdays also, the space-drama remained steady and minted 0.61 crore on 4th Monday, 1.01 crore on 4th Tuesday & 0.54 crore on 4th Wednesday.

On the next day i.e. 4th Thursday, with a minimal jump, Mission Mangal bagged the amount of 0.63 crore and raised its 4 weeks total collection to 200.16 crores nett at the domestic box office. As per the current trend, it is expected to collect around 201+ crores in its lifetime.