Akshay Kumar and Katrina Kaif starrer Sooryavanshi is one of the most awaited films of 2021. The film is slated to hit on Dilwali this year on November 5, 2021 and fans can’t wait to see their chemistry yet again on the big screen. 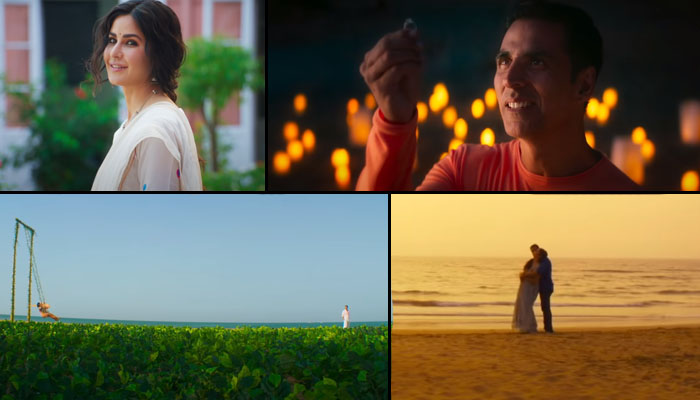 Recently, the makers unveiled the trailer and first song Aila Re Aillaa from the film, and now they have released the teaser of its second song. The song is titled Mere Yaaraa which is filmed on Katrina and Akshay.

From the teaser itself, we are sure that their overwhelming chemistry will be something to look forward. This romantic track has been crooned by Arijit Singh and Neeti Mohan, is all set to be out on October 27.

Sharing the teaser, Akshay wrote, “When her one smile makes you smile…let’s cherish the romance with #MereYaaraa, song out tomorrow.”

Produced by Reliance Entertainment, Sooryavanshi stars Akshay Kumar and Katrina Kaif in lead roles. Ajay Devgn and Ranveer Singh will play pivotal roles, as Rohit Shetty aimed to complete its cop universe that began with Singham in 2011, followed by Singham Returns (2014) and Simmba (2018).