Megastar Chiranjeevi has started shooting for his upcoming film in Hyderabad. Tentatively called Project #153, the film is directed by Mohan Raja. 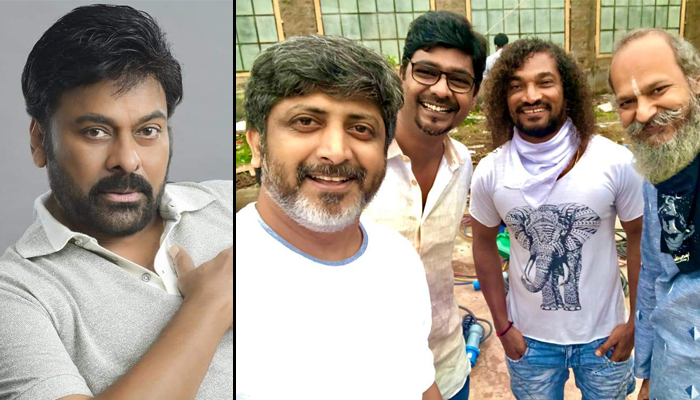 On Thursday i.e 12 August 2021, Shared a photo with the Telugu superstar, S Thaman tweeted, “A day to Remember for life We Completed Our Song for #Chiru153 that warm wishes from our dear #MEGASTAR @KChiruTweets gaaru himselfWas Something Very Very Special to me As a biggest FAN boy thanks to @jayam_mohanraja Shoot starts TOM @KonidelaPro Godbless (sic).”

Mohan Raja is very excited about the Mega film and has let out the update posting his picture along with the key technicians of the film. “With the blessings of parents and well wishers starting next journey, this time a Mega one”, he tweeted, confirming Nirav Shah as DOP, Suresh S Rajan as the art director, and Silva as the Stunt Master.

“I am most fortunate to direct the megastar‘s movie,” an elated Mohan Raja said at the launch.

Produced by Konidela Production Company and Megaa Super Good Films. The film is a remake of the Malayalam film Lucifer. Nayanthara will play the female lead role and will romance Chiranjeevi on screen yet again after Sye Raa Narasimha Reddy.