Ajay Devgn, Amitabh Bachchan, and Rakul Preet Singh starrer MayDay has a new title. The film has now been titled Runway 34. The makers also shared the first look posters of the lead cast. The film also stars Angira Dhar and makes the directorial return of Devgn. After the three stars shared teasers on their social media platforms on Sunday, the first poster was unveiled on November 29. 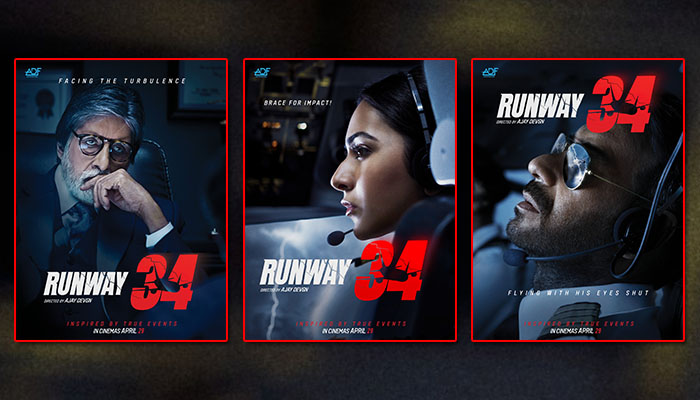 Ajay Devgn unveiled the first look poster and captioned it, “MayDay is now Runway 34. A high-octane thriller inspired by true events that is special to me, for reasons more than one! #Runway34 – Landing on Eid, April 29, 2022, as promised”.

“Runway 34” is pitched as an edge-of-the-seat drama that reunites Big B and Devgn, who have worked together in Major Sahab, Khakee, Satyagraha and Hindustan Ki Kasam. The film also has Rakul Preet Singh in the cast. “Runway 34” marks Devgn’s third directorial, after “U Me Aur Hum” in 2008 and “Shivaay” in 2016. The team commenced shooting last year in December.

In the film, Devgn will appear as a pilot and Singh as his co-pilot, the makers have kept the details of Bachchan’s character under wraps. It also stars Angira Dhar. Boman Irani is also a part of the star cast. The actor will be seen playing the role of an airline owner in the edge-of-the-seat drama. Apart from them, the film will also feature YouTuber Ajey Nagar, popularly known as CarryMinati, who will make his acting debut with the film.