The new Hindi offering of this week, Sidhrath Malhotra, Tara Sutaria, Rakul Preet Singh, Riteish Deshmukh starrer Marjaavaan is now in theatres opposite to Nawazuddin Siddiqui and Athiya Shetty’s Motichoor Chaknachoor which has also released on the same day. 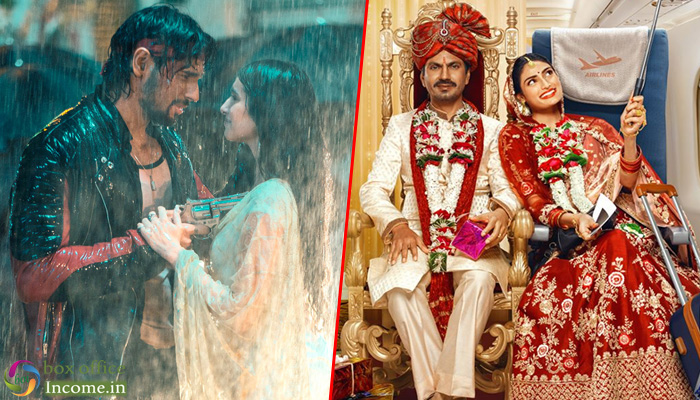 After shifting the release date several times, Marjaavaan hit the theaters this Friday with good hype among the audience. Being associated with Milap Zaveri, everyone had high expectations for the movie but as per reviews, he has missed the target this time and got failed to satisfy the fans.

Although on the opening day, Marjaavaan reported a decent business which is close to the expected numbers but the mixed reactions from the audience are not a good sign when the movie already competing with stronger ones like Housefull 4 and Bala.

On the opening day, T-Series and Emmay Entertainment’ production took a decent start with an occupancy of around 20% across India. Over the evening and night shows, expectedly it witnessed a growth in footfalls in multiplexes and managed to collect the business of 7.03 crores at the domestic box office.

On the other hand, comedy drama Motichoor Chaknachoor has got far lesser opening than Marjaavaan with negative reviews from almost everyone. On Friday, it recorded very dull occupancy in theaters and minted the amount of only 0.30 crore at domestic box office.