T-Series and Emmay Entertainment’ latest presentation Marjaavaan has registered a great opening week in India and now entered in the second week at a good despite a couple of new Hindi releases- Pagalpanti and Frozen 2. The holdover Bala has also started its third week at a steady note. 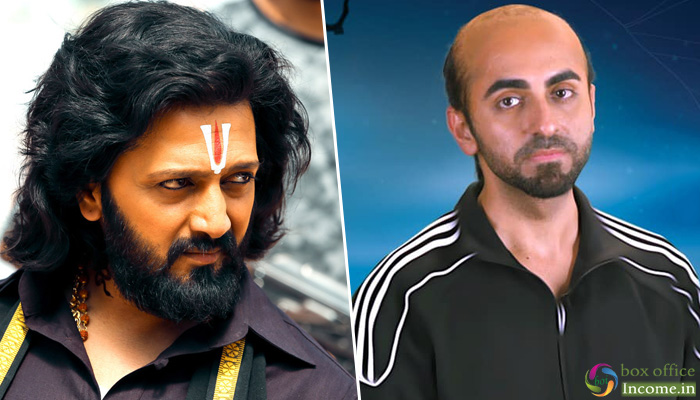 Directed by Milap Zaveri, the romantic action drama has got failed to convince many critics and gathered mixed reviews. In the first week, it did the business of 37.87 crores that included 24.42 crores in the weekend and 13.45 crores on weekdays.

On 2nd Friday, Riteish Deshmukh, Sidharth Malhotra, Tara Sutaria and Rakul Preet Singh starrer has recorded a drop and bagged the amount of 1.09 crores nett. After 8 days, its total collection has become 38.96 crores nett at the domestic box office.

On the other hand, Ayushmann Khurrana, Bhumi Pednekar and Yami Gautam starrer Bala has also got succeed to impress many in theatres and gained a solid word of mouth. As a result, in the first week, the film did the business of 72.24 crores, while in the second week, it had raked 26.56 crores.

Maddock Films’ presentation has now entered in the third weekend and still has an enough hold over the audience in metros. On 3rd Friday, after a drop of 25.35%, Bala has minted the amount of 1.35 crores. With this, its 15 days total collection has become 100.15 crores nett.