The romantic action drama film, Marjaavaan is running smoothly at the Indian box office since its release. Despite the release of a couple of new Hindi films along with holdover titles, it is still the second choice of viewers in metros and heading steadily in the second week. 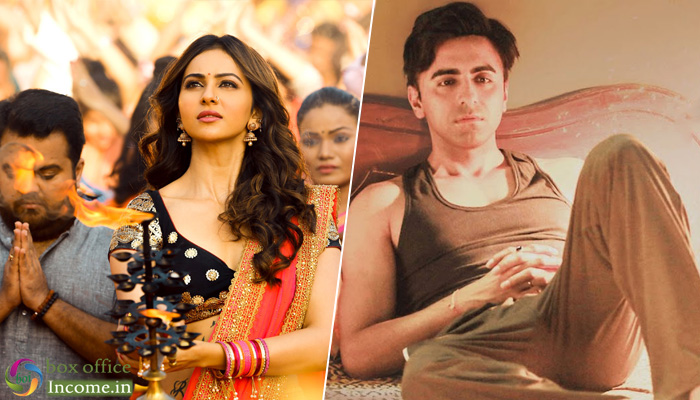 Sidharth Malhotra starrer Marjaavaan is also heading smoothly in its second week despite having Ayushmann Khurrana’s Bala in the opposite. After a good opening week, it entered on the second weekend an a good pace and collected total 5.05 crores with 1.09 crores on 2nd Friday, 1.64 crores on 2nd Saturday, and 2.32 crores on 2nd Sunday.

Now Milap Zaveri’s directorial is running on weekdays and still has enough hold over the audience. With usual drop, it did the business of 0.88 crore on 2nd Monday and 0.94 crore on 2nd Tuesday. On the next day i.e. 2nd Wednesday, Marjaavaan garnered 0.86 crore and raised its 13 days total domestic collection to 45.60 crores including 37.87 crores of the first week.

On the other hand, half a month back released comedy-drama Bala is ruling on single screens across the country. On a strong note, it did the business of 72.24 crores in the first week and 26.56 crores in the second week. Then in the third weekend, the film raked 7.07 crores with 1.35 crores on Friday, 2.50 crores on Saturday & 3.22 crores on Sunday.

Amar Kaushik’s directorial, Bala is now running weekdays once again and as usual, witnessed a significant drop in footfalls. Still, it managed to collect the amount of 1.05 crore on 3rd Monday & 1.15 crore on 3rd Tuesday. After a further decline, Bala minted 1 crore on 3rd Wednesday and raised 20 days total domestic collection to 109.07 crores.