After completing the opening week on a good note, last Friday released Hindi Movie Marjaavaan is heading steadily in the second week at box office across India. The romantic action drama opened to a decent note than expected but picked up very well over the weekend. 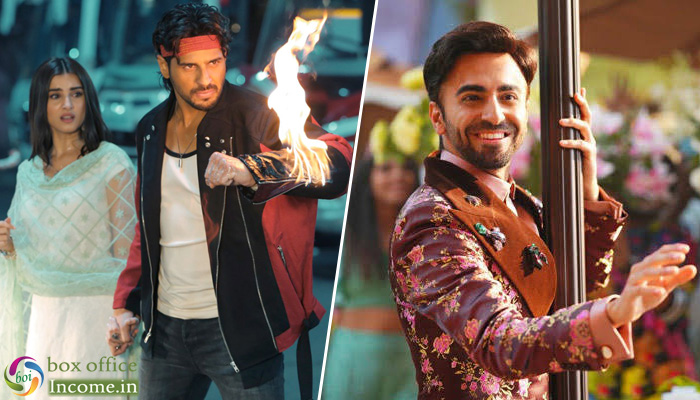 Now it is running in normal working days and minted the amount of 0.88 crore on 2nd Monday. On the next day i.e. 2nd Tuesday, Marjaavaan recorded jump and raked the business of 0.94 crore. With this, it’s 12 days total collection has become 44.74 crores at domestic box office.

In parallel, Ayushmann Khurrana, Bhumi Pednekar and Yami Gautam starrer Bala is also rocking at the box office since its release. Due to a good word of mouth, it did the business of 72.24 crores in the first & 26.56 crores in the second week. Then in the third weekend, it had scored 7.07 crores with 1.35 crores on Friday, 2.50 crores on Saturday and 3.22 crores on Sunday.

Now in weekdays as well, Amar Kaushik’s directorial is holding well and did the business of 1.05 crores on 3rd Monday. On 3rd Tuesday, after a slight jump, the film managed to collect 1.15 crores and raised 19 days total collection to 108.07 crores nett at the domestic box office.