Marjaavaan stars Sidharth Malhotra, Tara Sutaria, Riteish Deshmukh and Rakul Preet in pivotal roles. Marjaavaan is the second collaboration of Zaveri, Deshmukh and Malhotra after 2014 blockbuster ‘Ek Villain’. The movie has reportedly received many mixed reviews and is expected to hit the 50 crore mark at the box office very soon. 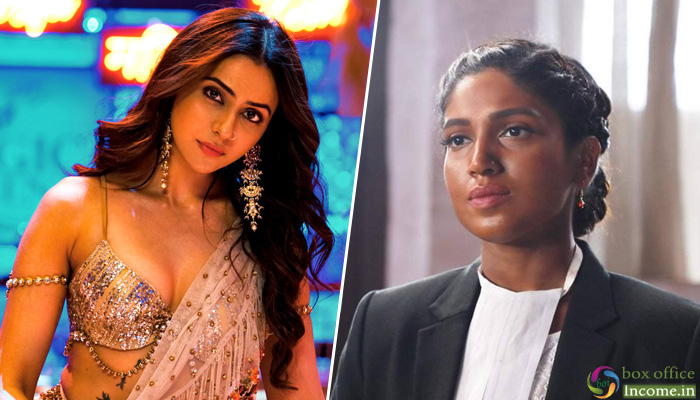 Produced by T-Series, the Hindi romantic action drama got failed to impress many critics and received mixed reviews. As a result, it didn’t maintain the desired pace throughout and did the business of 37.87 crores in the first week with 24.42 crores in the weekend and 13.45 crores on weekdays.

Then in the second weekend as well, Marjaavaan had remained steady and bagged the amount of 5.05 crores with 1.09 crores on Friday, 1.64 crores on Saturday & 2.32 crores on Sunday. On 2nd Monday, after a normal drop in footfalls, it managed to collect 0.88 crores and raised 11 days total collection to 43.80 crores nett.

On the other hand, Ayushmann Khurrana, Bhumi Pednekar and Yami Gautam starrer Bala has impressed everyone and gained a solid word of mouth. As a result, it had raked the business of 98.80 crores in the last 2 weeks with 72.24 crores in the first & 26.56 crores in the second week.

In the third weekend, Amar Kaushik’s directorial comedy drama had maintained a solid pace and garnered 7.07 crores that included 1.35 crores on Friday, 2.50 crores on Saturday & 3.22 crores on Sunday. On 3rd Monday, after a normal drop, Bala has scored 1.05 crore on board and raised 18 days total collection to 106.92 crores nett.