Rani Mukerji’s edge of the seat entertainer Mardaani 2 will release on 13th December. The much-awaited cop thriller will see Rani reprising the role of the fearless and committed Superintendent of Police, Shivani Shivaji Roy in Mardaani 2. 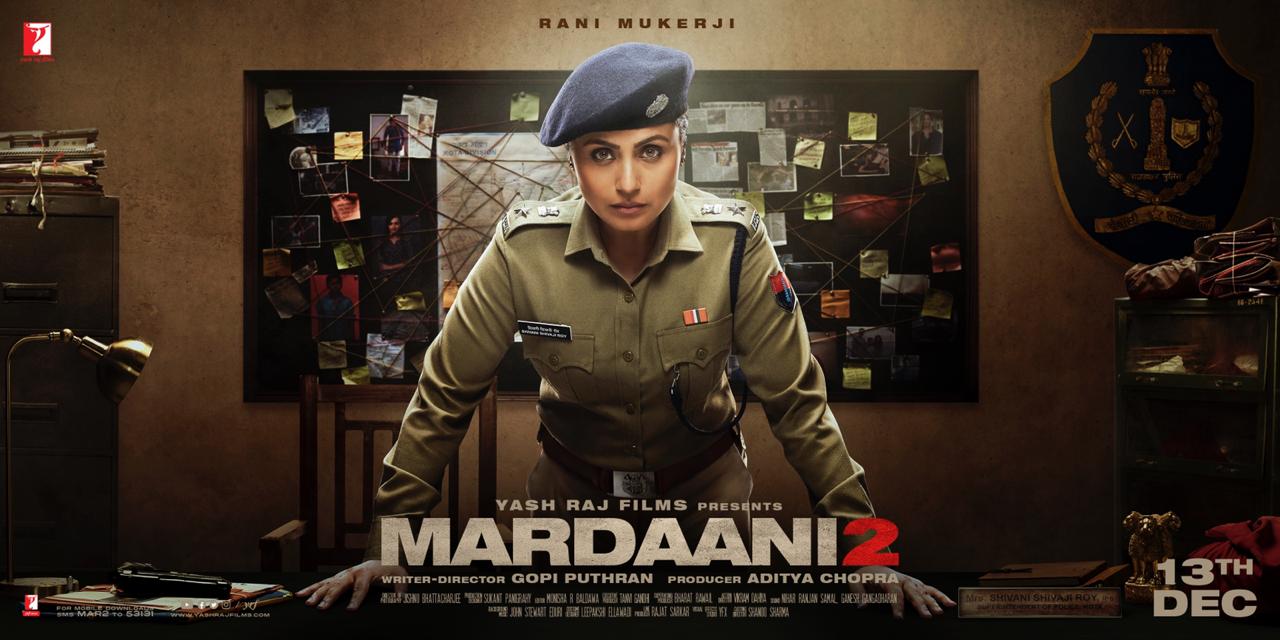 She had delivered an outstanding performance in the superhit and hugely acclaimed prequel, Mardaani, in which she took on the kingpin of a child trafficking racket. So, naturally the anticipation is huge to know which crime Rani will fight against in Mardaani 2. And we have the answer now!

Director Gopi Puthran says, “Rani as Shivani will be seen in a massive showdown with a 21 year old villain who is an embodiment of pure evil. He is a dangerous criminal who targets women.” Producer Yash Raj Films is unveiling its first asset that is primarily a release date reminder asset. It will show that Rani will stand up against crimes on women.

However, the timing of this asset launch is interesting. YRF has chosen the auspicious time of Navratri to unveil this. Rani says, “The film will see a woman cop fighting a pure evil of a person to end crimes against women. As we all know, Navratri stands for the victory and battle of good over evil across India. Whether it is Goddess Durga’s victory over the demon Mahishasura or Lord Rama’s victory over Ravana, Navratri’s significance is key to this asset launch. So, we decided to start the journey of Mardaani 2 on this auspicious occasion.”

She adds, “For me, personally, I’m thrilled that the first key communication of Mardaani 2 is happening during Durga Puja that celebrates woman power in its truest and bravest form. Maa Durga took on the forces of evil and defeated it and Mardaani 2 will see a woman stand up against evil, against crimes committed against women and take a bold and brave stand. It’s a hugely pleasant coincidence that Durga Puja and YRF’s biggest release WAR has fallen at the same time for us to release our film’s asset now.”

YRF has still not disclosed who the antagonist is in Mardaani 2 but it’s almost certain that Aditya Chopra has found an exceptionally talented actor to become an embodiment of evil. The film marks the directorial debut of Gopi, who was the writer of the first Mardaani film. Mardaani 2 was shot extensively in Jaipur and Kota in Rajasthan. This will be Rani’s next release after the global blockbuster Hichki.