Every Friday, the Indian film industry brings two new films to entertain the masses. Sometimes, those movies work, while other times, they don’t. This Friday 2 movies released which were all from different genres, including Mardaani 2 and The Body,  while the last week’s romantic comedy drama Pati Patni Aur Woh remained good. 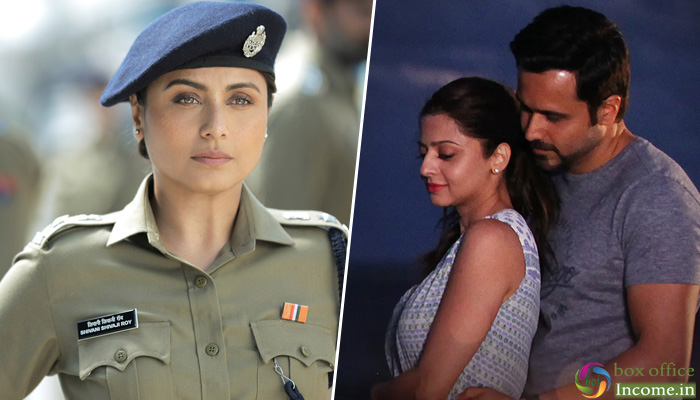 Directed by Gopi Puthran, the action drama Mardaani 2 has got succeed to live up to the expectations. From the critics as well, it has received mostly positive reviews and gathered a good word of mouth. Everyone is praising the work done by the leading actress Rani Mukerji.

On the opening day, YRF’ presentation took an average start with an occupancy of around 25% across India. Over the evening and night shows, expectedly it witnessed a growth in footfalls in multiplexes and managed to collect the business of 3.80 crores from 1600 screens.

In parallel, Oriol Paulo’s directorial the remake of Spanish mystery thriller The Body has also got failed to impress the viewers and received mixed reviews from the critics as well as audience. The lacklustre reaction from the audience has made a heavy dent on its opening day business.

On Friday, Emraan Hashmi, Rishi Kapoor, Vedhika and Sobhita Dhulipala starrer started the journey with only 5-10% occupancy in the morning and remained dull over the evening & night shows as well. In the end, it registered the business of only 0.50 crore nett at the domestic box office.