After registering a superb opening weekend at the Indian box office, the latest Hollywood offering Jumanji: The Next Level has started weekdays at a good note. Despite having an adjacent Hindi film in the opposite along with several holdover titles, it managed to divert the major Indian audience toward theatres. 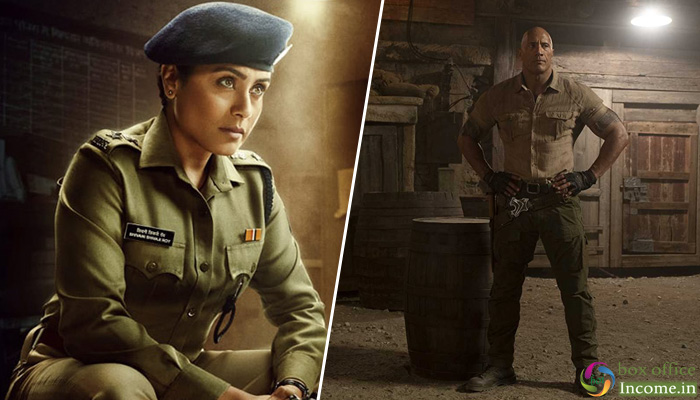 On Friday, it took a great start and did the business of 6.20 crores nett incl. Thu previews. On Saturday, Jumanji 2 took significant growth and managed to collect the amount of 8.35 crores. While on Sunday, with a further jump, it had bagged the amount of 10.10 crores and raised its first weekend total collection to 24.65 crores nett across India.

Now it entered on weekdays and still has a completed hold over the audience in metros. On Monday, it has recorded a drop of 40.40% vis-a-vis Friday and minted 3.01 crores. After 4 days, the total collection of Sony Pictures’ presentation has become 27.66 crores nett including all the versions.

While on the other hand, Rani Mukerji starrer Mardaani 2 has got satisfy to entertain the audience and did the business of only 18.15 crores in the weekend with 3.80 crore on Friday, 6.55 crore on Saturday & 7.80 crore. On Monday, with a normal drop, it managed to collect 2.85 crore and raised its 4 days total collection to 21 crores nett.