After an ordinary opening weekend, the anticipated Hindi film Malang has entered in weekdays at a decent note. The Aditya Roy Kapur-Disha Patani starrer Malang is clashing with Vidhu Vinod Chopra’s Shikara and Hina Khan’s debut film Hacked at the box office. 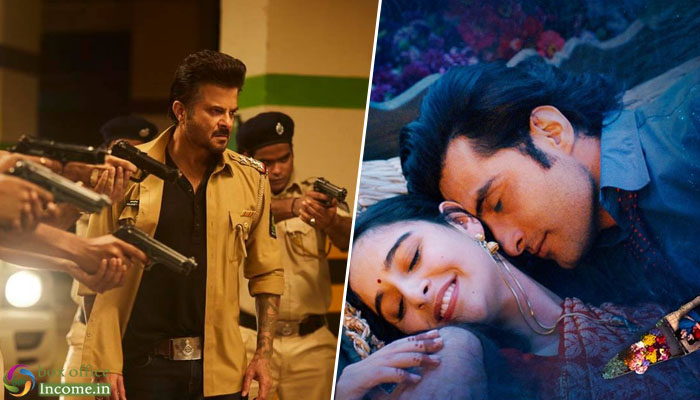 Co-starring the Anil Kapoor and Kunal Kemmu, Malang has got failed to hit the target right and did the business of 25.36 crores in the opening week which included 6.71 crores on Friday, 8.89 crores on Saturday and 9.76 crores on Saturday.

On Monday, Luv Films, T-Series and Northern Lights Entertainment’s production started the day at a decent note and minted the amount of 4.04 crores on Monday. With this, its 4 days total collection has become 29.40 crores nett at the domestic box office.

On the other hand, Vidhu Vinod Chopra’s directorial, Shikara has got succeed to impress many with its story-line and received mostly positive reviews from the critics as well as the audience. On Friday, it did the business of 1.20 crores with an occupancy of 10-15%.

Then it witnessed a decent growth in footfalls and raked the business of 1.80 crores on Saturday & 1.90 crores on Sunday. After the weekend, the total collection of the movie was recorded 4.95 crores. On Monday, Shikara minted the amount of 0.60 crore and raised 4 days total to 5.55 crores nett at the domestic box office.