After a decent opening on Friday, Aditya Roy Kapur, Disha Patani Anil Kapoor, and Kunal Kemmu starrer Malang showed a healthy jump over the weekend and registered a good business. While the adjacent release, Aadil Khan and Sadia starrer Shikara has remained decent throughout at the box office. 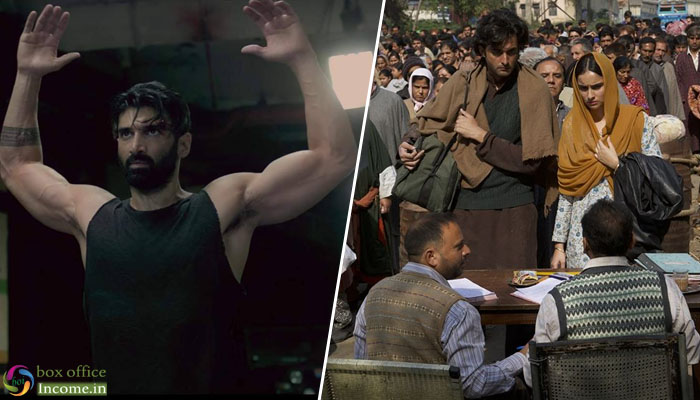 Directed by Mohit Suri, the suspense thriller movie has unfortunately got failed to convince all the critics and gathered a mixed word of mouth. On Friday, it was opened an ordinary note and eventually registered a decent business of 6.71 crores, which is the highest for Aditya Roy Kapur.

On Saturday, Malang expectedly took noticeable growth and had minted 8.89 crores. On the next day i.e. Sunday, with a further jump, Luv Films, T-Series and Northern Lights Entertainment’s production has bagged the amount of 9.76 crores and raised 3 days total domestic collection to 25.36 crores nett.

On the other hand, Vidhu Vinod Chopra’s directorial period drama has received positive reviews from the critics as well as the audience and gathered a good word of mouth. As a result, it had bagged the amount of 1.20 crore on Friday despite a limited reach.