After an under-performed weekend, Love Aaj Kal has remained decent on weekdays and registered an average opening week. Unfortunately, it has got failed to attain the desired pace at the box office, while the couple of weeks back released Malang has got a decent response from the Indian audience throughout. 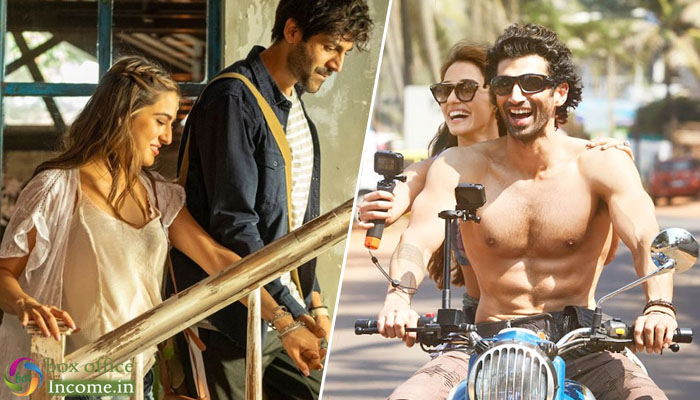 Directed by Imtiaz Ali, the multi-starrer romantic film has received mostly unfavourable reviews from critics as well as the audience for its unconvincing storyline and gathered a dull word of mouth. As a result, in the weekend, it did the business of only 28.51 crores with 12.40 crores on Friday, 8.01 crores on Saturday & 8.10 crores on Sunday.

Then on weekdays, Love Aaj Kal had witnessed a heavy drop in footfalls and raked the business of 2.75 crores on Monday, 2.25 crores on Tuesday & 1.80 crores on Wednesday. On the next day i.e. Thursday, it has managed to collect 1.55 crores and raised one week total collection to 36.86 crores nett.

On the other hand, Aditya Roy Kapur, Disha Patani, Anil Kapoor and Kunal Kemmu starrer Malang did the business of 39.65 crores in the opening week with 25.36 crores in the weekend and 14.29 crores on weekdays. In the second weekend as well, it had remained steady and bagged 2.25 crores on Friday, 2.52 crores on Saturday & 3.25 crores on Sunday.

On weekdays, Mohit Suri’s directorial had recorded a usual drop in footfalls and managed to collect 1.53 crore on Monday, 1.49 crore on Tuesday, 1.34 crore on Wednesday & 1.25 crore on Thursday. After 14 days, its total collection has become 53.28 crores at the domestic box office.