Despite a good start on Friday, Dinesh Vijan and Imtiaz Ali’s production much-anticipated Hindi biggie Love Aaj Kal has got failed to carry the pace forward and passed the opening weekend at an average note. The film doesn’t live up to the expectations, as a result, facing rejection from the audience nationwide. 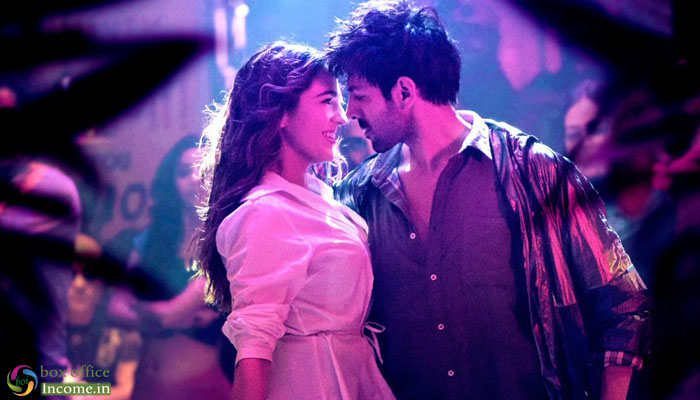 Featuring big names like Kartik Aaryan, Randeep Hooda, Sara Ali Khan and Aarushi Sharma, the multi-starrer romantic drama has unfortunately received mixed reviews from the critics as well as the audience because of its unconvincing storyline.

On Wednesday, Love Aaj Kal was opened at a good note in the morning and also recorded a fair jump over the evening & night shows in multiplexes. Eventually, it registered the biggest opening business of Kartik’s career with 12.40 crores. But on Saturday, the film got dropped and minted only 8.01 crores.

On Sunday as well, it didn’t witness much growth and garnered 8.10 crores. After the opening weekend, the total collection of Imtiaz Ali’s directorial Love Aaj Kal was recorded at 28.51 crores at the domestic box office. In 2009, Saif Ali Khan and Deepika Padukone’s Love Aaj Kal did the business of 27.86 crores in the first weekend.

Now it has entered on weekdays and raked the business of only 2.75 crores after an unexpected drop. With this, its 4 days total domestic collection has become 31.26 crores nett. As per the current trend, it doesn’t seem to remain steady on weekdays.