The much-awaited Kartik-Sara starrer Hindi romantic-drama Love Aaj Kal is out in theatres now but unfortunately not getting the desired response from the audience nationwide. Despite a decent pre-release buzz, it was opened at an under-performed note. 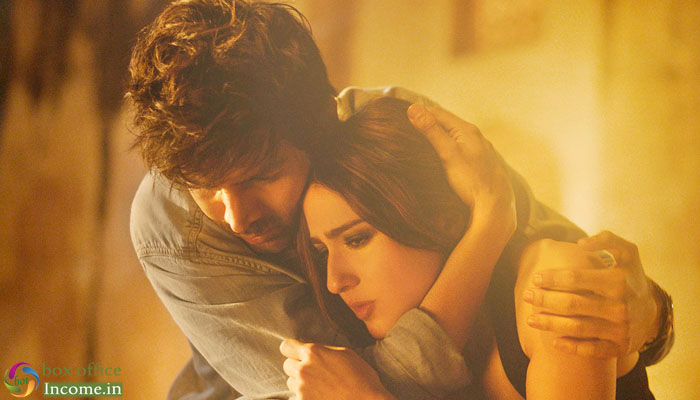 Directed by Imtiaz Ali, Love Aaj Kal features an ensemble cast that includes Kartik Aaryan, Randeep Hooda, Sara Ali Khan and Aarushi Sharma. Still, it got failed to impress critics and received mixed reviews from them because of its unconvincing screenplay.

On Friday, Dinesh Vijan and Imtiaz Ali’s production had started its journey at a decent note with around 15-20% occupancy in the morning. Post noon shows, after a slight improvement, it had raked the opening business of 12.40 crores. Then on Saturday, instead of growth, it had recorded an unexpected drop of 35.40% vis-a-vis Friday and minted the amount of 8.01 crores.

On the next day i.e. Sunday, Love Aaj Kal has managed to little jump and bagged the amount of 8.10 crores. After the opening weekend, its total collection has become 28.51 crores nett at the domestic box office. As per the current trend, it doesn’t seem to remain steady on weekdays.

Much like the 2009 movie of the same name, this film also follows two parallel narratives “separated by decades” but find their common ground in romance. The trailer follows Aaryan as a young school boy and his crush played by newcomer Arushi Sharma. The modern day love story focuses on Khan’s Zoe and Aaryan’s Veer, who have a tumultuous yet passionate relationship.