With no clear date for the reopening of theaters in sight, more and more filmmakers are joining the OTT bandwagon. On Monday i.e 29 July 2020, stars like Akshay Kumar, Ajay Devgn, Alia Bhatt and Abhishek Bachchan announced that seven Bollywood movies, including the likes of Laxmmi Bomb, Bhuj: The Pride of India, Sadak 2 and The Big Bull among more, would be releasing soon on Disney Plus Hotstar. 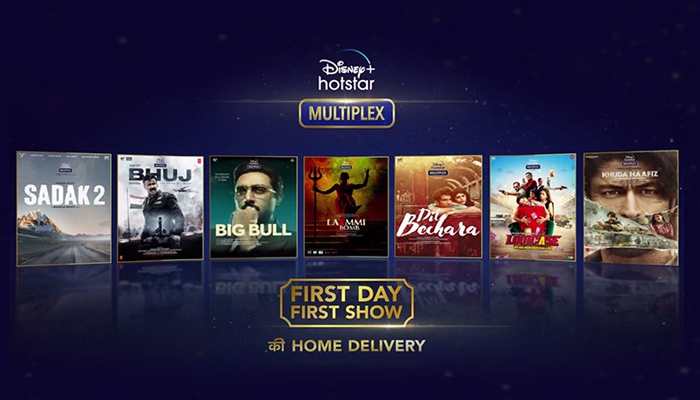 Dil Bechara starring Sushant Singh Rajput will be released on July 24, 2020, for free for all the subscribers and non-subscribers of the OTT platform. This is a tribute to the late actor and all his fans across the world. Rest of the releases are scheduled to release between the period of July to October 2020.

Vidyut and Kunal, the two actors who were missing as representatives of their films from the press event, took to Twitter to express disappointment over their exclusion. “A big announcement for sure!! 7 films scheduled for release but only 5 are deemed worthy of representation. 2 films, receive no invitation or intimation. It’s a long road ahead. THE CYCLE CONTINUES,” Vidyut said.

“Izzat aur pyaar maanga nahi kamaya jaata hai. Koi na de toh usse hum chhote nahi hote. Bas maidaan khelne ke liye barabar de do chhalaang hum bhi oonchi laga sakte hai. (Respect and love aren’t demanded but earned. If someone doesn’t give you that, it doesn’t make us small. But we need a level-playing field so that we can also make a high jump),” Kunal said in what seemed to be a reply to Vidyut.