The new Hindi releases of this week- Laal Kaptaan, Ghost And P Se Pyaar F Se Faraar have opened on a poor note. As expected all three are getting mixed reviews from viewers and opened to a lower note, while two weeks older War still holds good at the box office. 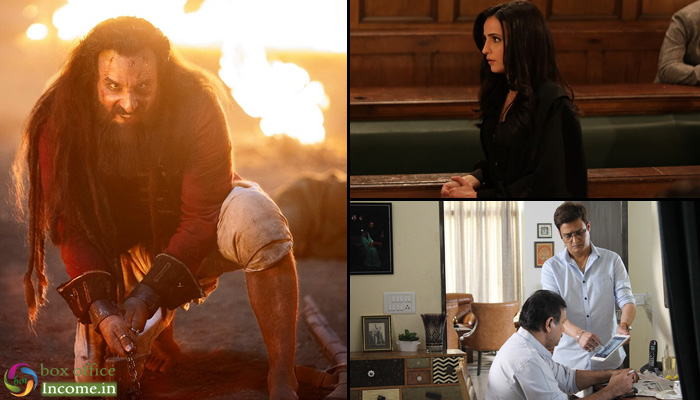 Among all three, Navdeep Singh’s Laal Kaptaan has highest buzz but that has also witnessed dull response of audience on the opening day. Saif Ali Khan starrer this revenge drama has failed to attract audience.

As per reports, the movie has received negative reviews from critics and started it’s journey with only 4% of occupancy occupancy across the country. With such dull response, Laal Kaptaan has raked the business of 0.60 crore from Indian screens.

One the other hand, Sanaya Irani and Shivam Bhaargava starrer horror-drama Ghost has also received negative reviews from the critics and got failed to attract enough audience toward theatres. On Friday, it raked the business of only 0.12 crore.

Last but not the least P Se Pyaar F Se Faraar has also got failed to impress critics at any point but with the support of Jimmy Sheirgill fans, received some response on single screens and garnered the business of only 0.10 crore.