Trust Maniesh Paul to bring out the most untold stories on his podcast with his warm and affable personality. In the latest promo of The Maniesh Paul Podcast, TV actor and comedian Krushna Abhishek poured his heart out to talk about his uncle and Superstar Govinda expressing his heartfelt apology and love. 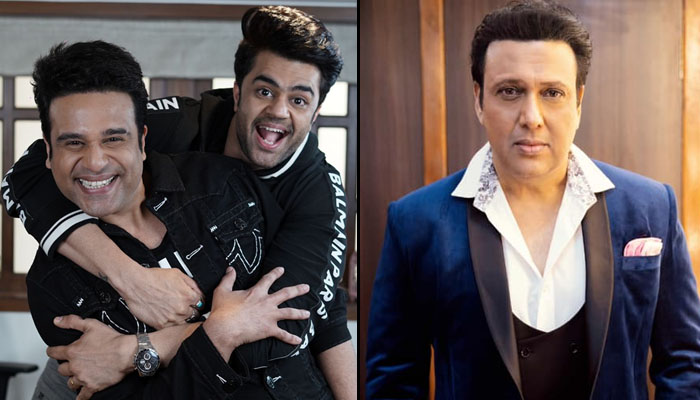 The infamous rift between Govinda and his nephew Krushna Abhishek has been making headlines for ages. Opening up about the same for the first ever on a public platform, Krushna Abhishek bared his soul expressing his love for Govinda in the short video shared by Maniesh Paul from his podcast.

Actor and host Maniesh Paul played the catalyst offering a non-judgemental, welcoming platform promising no edits but just the truth to Krushna Abhishek, which is revealed in the promo of his upcoming episode that unfolds the emotional chapter of Krushna Abhishek’s life.

Earlier, Maniesh Paul has welcomed guests like Bharti Singh, Sharad Kelkar, Elli Avram, Prajakta Koli, and the face behind the viral sensation Chand Baliya, amongst many others from the different walks of life.

Hailed as the Sultan of Stage, Maniesh Paul has not only impressed the masses with his impeccable wit and spontaneity over the years but also emerged as one of the finest actors in India.