On Novermber 10, Kriti Sanon dropped a teaser video for her role in Ganapath. The actress will be seen in the role of Jassi in the film, also starring Tiger Shroff. 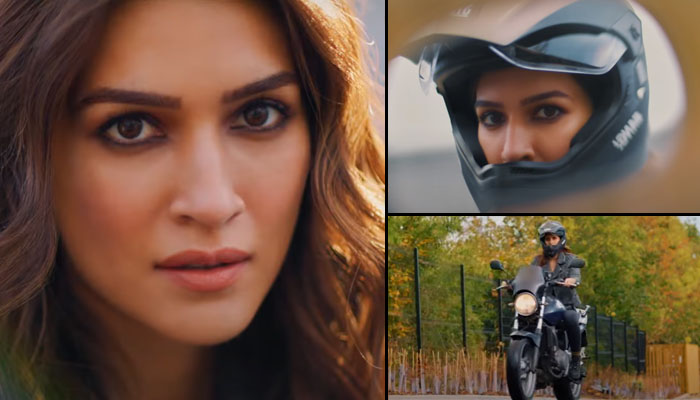 Kriti Sanon captioned her Instagram post as, “Shoot Mode on 🎬 Super excited to start my #Ganapath journey as Jassi with full on action 🙅 and loads of fun as I begin with the UK schedule 🎥.”

The video begins with Kriti Sanon walking in full swag as she heads towards her bike with a helmet in her hand. She looks stunning in an all-black outfit. Kriti is wearing black denim and she has paired it with a black leather jacket.

The way she sits on the bike and wears her helmet is enough to make her fans go crazy. The video ends with her leaving the site on the bike at full speed and a crew member running after her and shouting that the shoot location is on the other side.

Ganapath is directed by Vikas Bahl and is produced by Vashu Bhagnani, Vikas Bahl, Deepshikha Deshmukh, and Jackky Bhagnani. The film is set to take the big screen by storm on 23rd December, 2022.