As Salman Khan completed 34 years in the Indian Film Industry on August 26, he thanked his fans for all the love by giving a small glimpse of his next film the much anticipated, Kisi Ka Bhai Kisi Ki Jaan. Exactly 10 days later, the superstar has unveiled the official title logo of the action entertainer with a short teaser to introduce his character from the film. 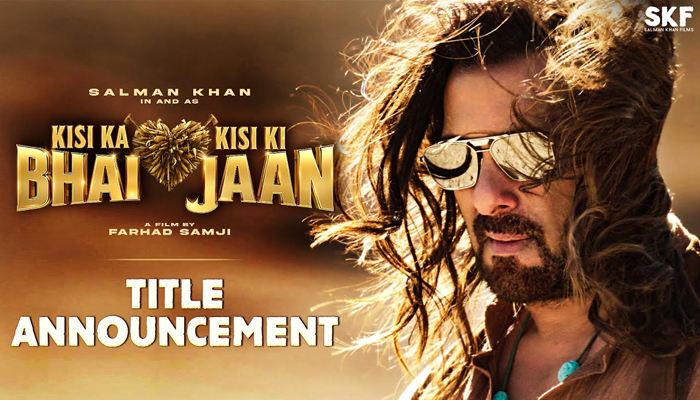 In the almost a-minute long clip, Salman Khan is seen making a grand entry as he rides a bike through the Ladakh Valley. He then gives a closer look at his new avatar as he walks with the mountain breeze flowing through his long hair. Complementing his rugged look are striking sunglasses that merge with his hair and outfit.

Ever since the beginning of the shoot the film has been the most anticipated one with countless speculations over its title and cast and has been a topic of intrigue and mystery. It was earlier titled as, ‘Kabhi Eid Kabhi Diwali’ and then later as ‘Bhaijaan’.

Directed by Farhad Samji, the film also stars Pooja Hegde and Venkatesh in the lead roles. It also features actors like Shehnaaz Gill, Jassie Gill, Raghav Juyal, Siddharth Nigam and Palak Tiwari in key roles. The film is slated to hit the theatres by the end of this year.