Rashmika Mandanna is currently gearing up for Amitabh Bachchan starrer, ‘Goodbye’, trailer of which has released. and shown the ‘Pushpa’ actress in a new light. Rashmika is seen stepping into a new character of a lawyer. 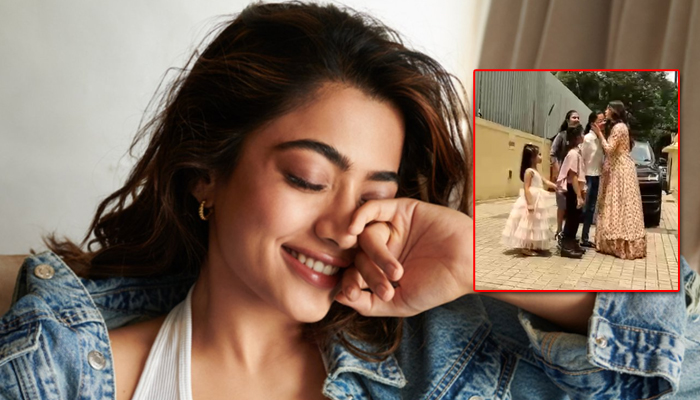 In a viral video from the trailer launch event, some kids were seen eagerly waiting and requesting ‘Srivalli’ Rashmika Mandanna for a peck on their cheeks.

The actress humbly obliged them with kisses and met their parents as she headed towards the venue.

The actress donned upon an indo western co ord set and a printed shrug. Her curled tresses were left loose, makeup kept minimal and dewy, overall accentuating her festive look.

The video has become a viral sensation amongst Rashmika’s fans and fanclubs across the country. Number of comments read on, “Srivalli ka free kiss”, “Srivalli ❤‍🔥” etc.