Much awaited sequel of 2020’s action-thriller Khuda Haafiz: Chapter 2 – Agni Pariksha has been released this Friday across the country and has unfortunately taken a slow start at the box office. 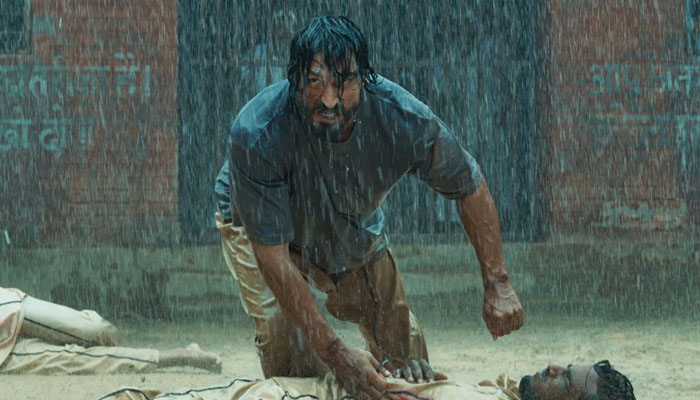 Starring Vidyut Jammwal and Shivaleeka Oberoi in lead roles, the Hindi action thriller has received mixed reviews from the critics for its normal storyline backed by outstanding action & stunts. From the audience also, it is getting mixed reactions.

On Friday, Khuda Haafiz 2 was opened at a dull note with only 10% occupancy in the morning. Post noon shows, it showed some improvement and managed to register the opening business of 1.50 crores nett. Mass films generally don’t grow on Saturday but a film like Khuda Haafiz 2 can because the start is low and the film is more of a thriller, which finds patronage even in multiplexes.

Khuda Haafiz: Chapter 2 is a direct sequel to Vidyut’s 2020 film Khuda Haafiz, which was released directly on Disney+ Hotstar amid the pandemic. Both films are directed by Faruk Kabir and co-star Shivaleeka Oberoi.

On the other hand, JugJugg Jeeyo is enjoying business at the ticket window. The two films are facing stiff competition from the recently released ‘Thor – Love And Thunder.’