After teasing for long, finally, makers Dharma Productions have launched the official trailer of year’s highly awaited war drama Kesari. Starring Khiladi Kumar Akshay Kumar and Parineeti Chopra in lead roles, the movie is all set to hit the screens this Holi on 21 March 2019. 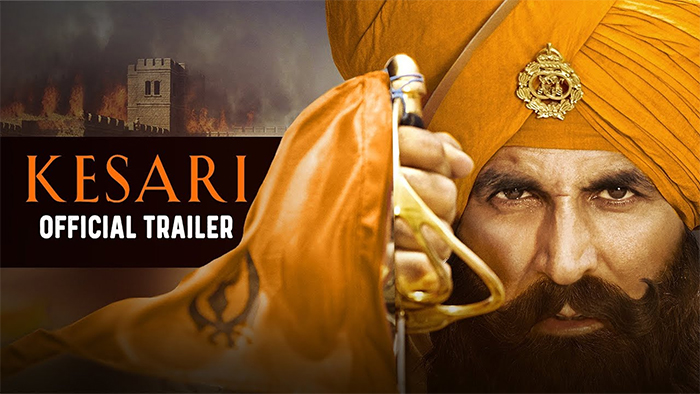 Going by its trailer, Anurag Singh’s directorial looks gripping, high on actions & visual effects. As expected the trailer has received an overwhelming response from the critics as well as fans. After watching the trailer of this bravest battle ever fought in the history between 21 Sikhs and 10,000 invaders.

The trailer gives us a sense of patriotism and makes us feel so proud at the same time. Even the background score is so amazing, especially when Ek Onkar plays in the background; it is quite a goosebumps-worthy scene! Even the dialogues in the trailer are so powerful and on-point.

Kesari is co-produced by Akshay Kumar (through Cape Of Good Hope) and the film is directed by Anurag Singh, who has previously made several Punjabi films including the Jatt & Juliet series, starring Diljit Dosanjh. Kesari is slated for Holi release and it also stars Siddhant Sharma, Ashwath Bhatt, Pawan Malhotra and Rana Ranbir.