Directed by Sandeep Reddy Vanga, Kabir Singh, despite its criticism for glorifying misogyny and abusive content, has turned out be the most successful film of Shahid Kapoor’s career. Among the top five Bollywood grosser of 2019, Shahid Kapoor’s Kabir Singh was the only film that had a traditional Friday release. 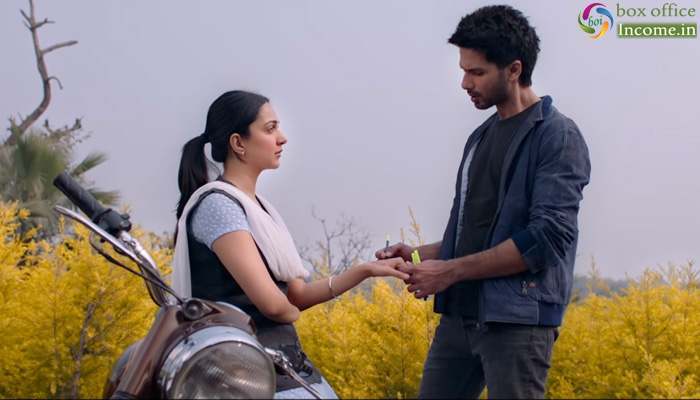 Superstar Shahid Kapoor, Kiara Advani and Arjan Bajwa starrer Hindi romantic drama has got succeed to entertain many in theatres and gained a positive word of mouth. As a result, it had registered the business of 134.42 crores in the first week, 78.78 crores in the second and 36.40 crores in the third.

Then in the fourth week, Kabir Singh got slowed down due to Super 30, even though maintained a stable pace and bagged the amount of 16.66 crores that included 10.34 crores in the weekend and 6.32 crores on weekdays. After 4 weeks, its total collection was recorded at 266.26 crores nett.

Kabir Singh has now entered in the fifth weekend and still has some hold over the audience. On 5th Friday, due to the absence of any new major Hindi release, it remained almost steady as compared to the previous day and minted the amount of 1.03 crore.

After 29 days, the total collection of T-Series Films & Cine1 Studios’ production, Kabir Singh has become 267.29 crores nett at the domestic box office. As per the current trend, it is likely to rake over 270 crores by the end of this weekend.