After the three successful weeks, Shahid Kapoor and Kiara Advani starrer Kabir Singh showed a solid uptrend over its fourth weekend as well despite having the new release biographical drama Super 30 in parallel at the box office. In multiplexes, it still has enough hold over the audience and heading unaffectedly to achieve more height. 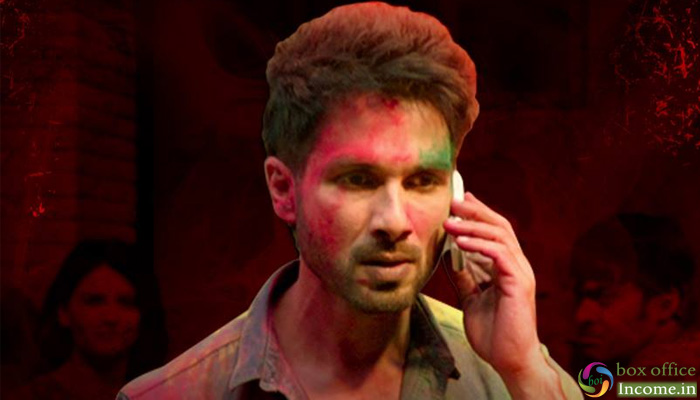 Directed by Sandeep Reddy Vanga, this romantic drama has got succeed to hit the target right and received mostly positive reviews from the critics as well as the audience. As a result, it gained a strong word of mouth and has already become the highest grossing Hindi movie of the year so far.

Produced by Cine1 Studios and T-Series’ Film, Kabir Singh has got succeed to entertain many in theatres and gathered a solid word of mouth. In the opening week, it registered the massive business of 134.42 crores which included 70.83 crores in the weekend and 63.59 crores on weekdays.

After 3 weeks, the total collection of Kabir Singh was recorded at 249.60 crores. Now it is running in the fourth week and passed the weekend on a decent note. On 4th Friday, Shahid-Kiara starrer faced a significant drop in footfalls and minted the amount of 2.54 crore.

On 4th Saturday, once again took growth and raked the business of 3.75 crore. On the next day i.e. 4th Sunday, with a further jump, Kabir Singh bagged the amount of 4.05 crore and raised its 24 days total collection to 259.94 crores at the domestic box office.