After the two blockbuster weeks, the highly-appreciated Kabir Singh has passed its third week as well on a solid note at the box office. Despite the newly released Article 15 & Spider-Man Far From Home, Shahid Kapoor and Kiara Advani starrer remained unaffected throughout. 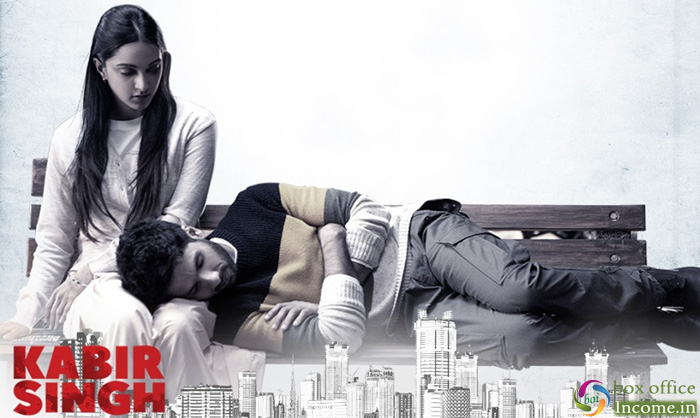 Produced by Cine1 Studios & T-Series Films’ production, Kabir Singh got succeed to impress everyone and on a fantastic note did the business of 134.42 crores in the opening week which included 70.83 crores in the weekend and 63.59 crores on weekdays.

In the second week as well, it managed to maintain a strong pace and raked the business of 78.78 crores with 47.15 crores in the weekend and 31.63 crores on weekdays. After the 2 weeks, its total collection was recorded at 213.20 crores.

Directed by Sandeep Reddy Vanga, the Hindi romantic drama Kabir Singh registered an excellent business of 22.52 crores in the third weekend with 5.40 crores on Friday, 7.51 crores on Saturday & 9.61 crores on Sunday. Then on weekdays as well, it managed to remain rock-steady.

With an acceptable drop in footfalls, the film minted the amount of 4.25 crores on 3rd Monday, 3.20 crores on 3rd Tuesday & 3.11 crores on 3rd Wednesday. On the next day i.e. 3rd Thursday, it scored 3.32 crores and raised 3 weeks total collection to 249.60 crores at the domestic box office.