After the two blockbuster weeks, the highly-appreciated Kabir Singh has started the third weekend on a solid note. Due to the release of Hollywood Spider-Man Far From Home & other Hindi movies, it got affected to some extent but still managed to hold well across India. 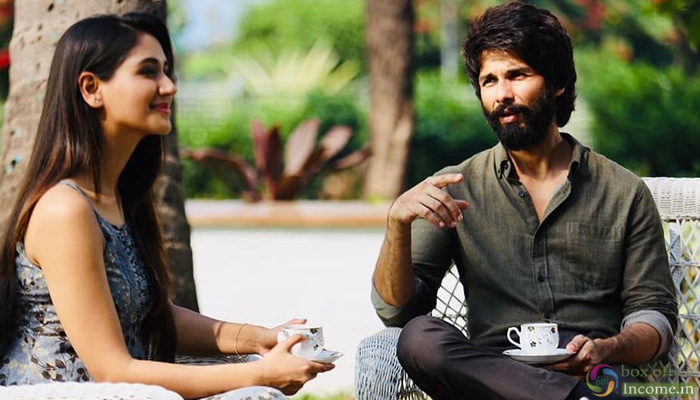 Shahid Kapoor, Kiara Advani, Soham Majumdar & Arjan Bajwa starrer Kabir Singh has shown an exceptional trend so far at the box office and already become the second blockbuster of the year 2019. This romantic drama has received positive reviews from the critics and got succeed to entertain the audience across India.

After an excellent opening, Sandeep Reddy Vanga’s directorial remained super-strong throughout the first week and registered the business of 134.42 crores which included 70.83 crores in the weekend and 63.59 crores on weekdays from 3123 screens across the country.

Then in the second week as well, it maintained a tremendous pace and managed to rake the business of 78.78 crores with 47.15 crores in the weekend and 31.63 crores on weekdays. After 2 weeks, the total collection of Kabir Singh was recorded at 213.20 crores.

Now, Cine1 Studios and T-Series Films’ production has entered in the third week on a solid note. On 3rd Friday, it faced a drop of only 19.65% as compared to the previous day and minted the amount of 5.40 crores. With this, its 15 days total collection has become 218.60 crores at the domestic box office.