Shahid Kapoor and Kiara Advani starrer Kabir Singh is running miraculously at the box office since its release. Even in the second week as well, the film is getting a super-solid response from the audience across India. 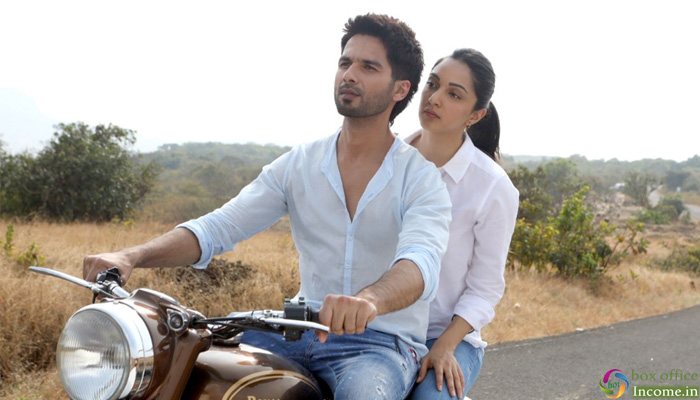 Directed by Sandeep Vanga Reddy, the Hindi romantic drama has already become the blockbuster of the year 2019 and also emerged as the fastest 100-crore grossing mid-budget film of all time in Hindi cinema. Still, it is heading unaffectedly to achieve more height at the box office.

After taking an excellent start, Cine1 Studios and T-Series Films’ production remained super-strong throughout the opening week and registered the business of 134.42 crores which included 70.83 crores in the weekend and 63.59 crores on weekdays from 3123 screens across the country.

Now Kabir Singh has entered on weekdays and still showing solid hold over the audience. On 2nd Monday, it faced a drop of 25.70% than 2nd Friday and bagged the amount of 9.07 crores. With this, the total 11 days collection of the film has become 190.64 crores nett at the domestic box office.