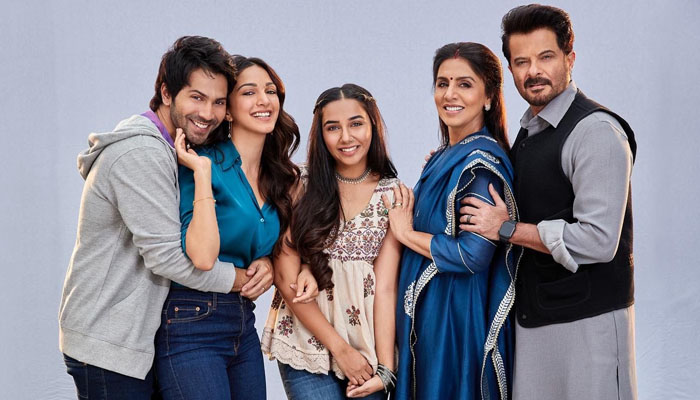 Plot- A marriage, A re-marriage, A pending divorce. JugJugg Jeeyo is a story set in the heart of Patiala and much like the city, it’s full of love and laughter, colour and drama. It’s been five years since Kukoo and Nainaa got married after knowing each other practically all their lives, and now they need to break it to their family that they want a divorce. Kukoo’s parents, Bheem and Geeta, a couple that everyone looks up to, have no plans of making Kukoo and Naina`s lives easier. They have their own plans and set of surprises in store for the young couple; all this in the middle of Kukoo`s sister`s wedding. It`s about family and its values, unresolved yearnings and unexpected reconciliations.

Performance- Talking about the performances, Varun Dhawan is decent in his role, but still need to improve. Anil Kapoor done a great job. His jokes are silly but fun. Kiara Advani looks glamorous and performs her part confidently. It was so good to see Neetu Kapoor on the big screen after so long. She shines in her frame. Maneish Paul, Prajakta Koli and other supporting characters are decent.

Direction & Music- JugJugg Jeeyo happens to be director Raj Mehta’s second film as a director, (the first film being Good Newwz). He managed all the sections masterly and made a film that keeps you charged from beginning to the end. Music of the film composed by Tanishk Bagchi, Kanishk Seth – Kavita Seth, Diesby, Pozy and Vishal Shelke which is not very good but average.

Overall: On the last note, JugJugg Jeeyo is a clean family entertainer with comedy and emotion which is enjoyable. So go and watch!