After a good opening weekend, last Friday released dark comedy drama got failed to receive the desired response at the box office but still managed to register a fair week despite having adjacent release much-anticipated Arjun Patiala & The Lion King & Super 30 in the opposite. 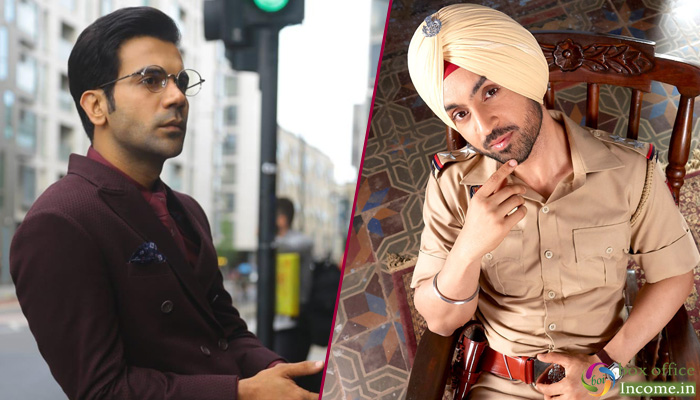 Starring Kangana Ranaut & Rajkummar Rao, Judgementall Hai Kya has received mixed reviews from the critics as well as the audience, but still being the major release, it got a considerable response. Prakash Kovelamudi’s directorial opened on the first day with low occupancy but picked up to a decent level post noon shows.

In the first weekend, it did the business of 22.04 crores, that included 5.04 crores on Friday, 8.02 crores on Saturday, and 8.62 crores on Sunday from approx. 2000 screens nationwide. Then on weekdays, Judgementall Hai Kya got dropped by a usual rate but managed to remain steady. On Monday, it faced a decline of 52% than Friday and minted the amount of 2.60 crores.

With a similar response, it raked 2.62 crores on Tuesday & 2.26 crores on Wednesday. On the next day i.e Thursday, Balaji Telefilms and Karma Media and Entertainment’s presentation collected the business of 1.90 crore and raised its one week total collection to 31.42 crores at the domestic box office.

On the other hand, Diljit Dosanjh, Kriti Sanon and Varun Sharma starrer Arjun Patiala has got failed to make an impact and did the business of only 5.20 crores in the first weekend with 1.30 crores on Friday, 1.80 crores on Saturday & 2.10 crores on Sunday.

Now Rohit Jugraj’s directorial is running on weekdays and getting a poor response due to mixed reactions. On Monday, it witnessed a usual drop and minted 0.60 crore. Then with further dips, the film raked 0.50 crore on Tuesday, 0.35 crore on Wednesday and 0.30 crores on Thursday. After 7 days, its total collection has become 6.94 crores.