This Friday released Balaji Motion Pictures’ much-anticipated Judgementall Hai Kya has passed its opening weekend on a fair note despite a decent another offering in opposite. This suspense-drama has got succeed to satisfy many in theatres and gained a positive word of mouth. 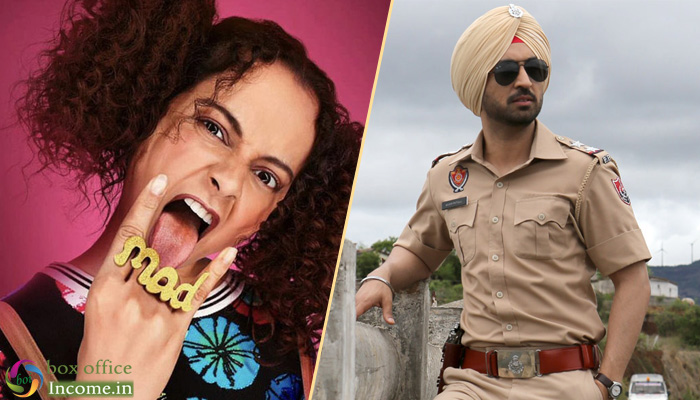 Directed by Prakash Kovelamudi, Judgementall Hai Kya has received mixed reviews from the critics but got succeed to satisfy the audience. As a result, it gained a favorable word of mouth and witnessed a fair jump on Sunday after a decent Friday & a good Saturday.

On the opening day, Kangana Rananut starrer took a slow start in the morning and did the business of 5.40 crores after some growth in footfalls in multiplexes from evening shows. On the next day i.e. Saturday, it witnessed a jump of 48.53% and minted 8.02 crores.

Then on Sunday, Kanaga-Rajkummar starrer Judgementall Hai Kya recorded a fair jump of and garnered the business of 8.62 crores. With this, its total collection after the 3-days weekend has become 22.04 crores nett at the domestic box office.

In parallel, the other Hindi release of this week, Arjun Patiala has received negative reviews from the critics and got failed to divert enough audience toward itself. On Friday, it took a poor start and registered the business of only 1.30 crore.

On Saturday, Diljit Dosanjh, Kriti Sanon and Varun Sharma starrer had witnessed a limited jump and minted 1.80 crore. Then on Sunday as well, Arjun Patiala remained dull and scored 2.10 crore. After 3 days, its total domestic collection has become 5.20 crores nett.