The two Hindi offerings that have created good buzz by their trailers, Judgementall Hai Kya and Arjun Patiala are all set to hit theatres this Friday. Both films are based on opposite genres, so there will be no major competition between them. But the last week released The Lion King will definitely hamper their performance. 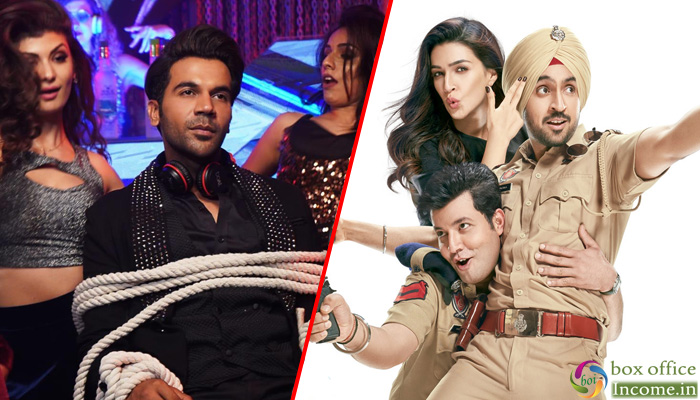 Judgementall Hai Kya is produced by Balaji Motion Pictures, Karma Media and Entertainment & ALT Entertainment. So as per the records & current scenario that being a comedy Pen Marudhar Entertainment’ this presentation, it is expected to open in a range of 4-5 crores at the domestic box office.

Looking at the second one, Arjun Patiala is a romantic spoof comedy, stars ensemble cast that includes Diljit Dosanjh, Kriti Sanon, Varun Sharma and Mohammed Zeeshan Ayyub. Helmed by the director of Sardaar Ji 1 & 2 Rohit Jugraj. Besides a solid cast, Arjun Patiala is backed by T-Series and Maddock Films.

Diljit-Kriti-Varun trio is a good combo and promo also have a quirky take in it, but the music hasn’t impressed which will keep its Box Office prospects limited. So it is expected to open in a range of 2-3 crores at the Indian Box Office.