After making quite a buzz with the trailer & music, Kangana Ranaut and Rajkummar Rao starrer new Hindi offering Judgementall Hai Kya is in theatres now and expectedly getting a good response from the audience. Despite not being released solo, it opened well on Friday and registered the 13th highest opening of the year so far. 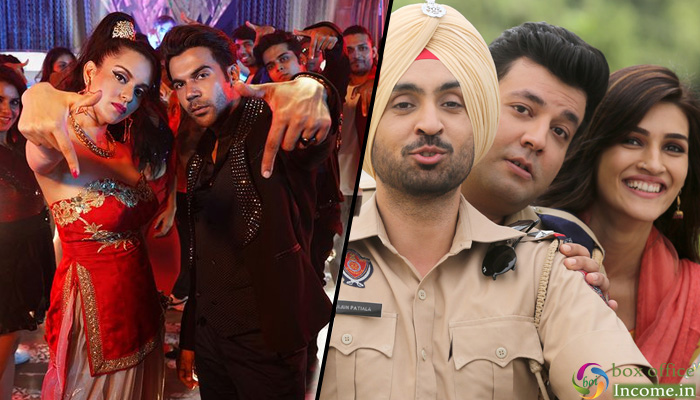 Directed by Prakash Kovelamudi, the suspense thriller has received mostly positive reviews from the critics for its interesting storyline. It has got succeed to entertain many in theatres across the country and gained a positive word of mouth. Everyone is praising the chemistry between the leading pair.

On Friday, Judgementall Hai Kya took a decent start with an occupancy of 20% in the morning and recorded a fair growth in footfalls post noon shows. In the end, it has bagged the amount of 5.40 crores at the domestic box office. Due to positive feedback, it is expected to pick up well over the weekend.

In parallel, the other Hindi release, Diljit Dosanjh, Varun Sharma and Kriti Sanon starrer Arjun Patiala has received negative reviews from the critics. The lacklustre reaction from the audience has made a heavy dent on its opening day business.

Directed by Rohit Jugraj, the film took a poor start at the box office with only 5-7% occupancy for the morning shows. Over the evening and night shows, Arjun Patiala witnessed a limited jump and managed to collect the amount of 1.30 crore. It has to show good growth over the weekend for a reputed business total.