John Abraham and Divya Khosla Kumar starrer ‘Satyameva Jayate 2’ is all set to release on Eid 2021. John took to social media to share a new poster of the film and its release date. The poster shows John in a rustic avatar, with a plough in hand. The colours of the Indian Tricolour ooze out of the wounds on his body. 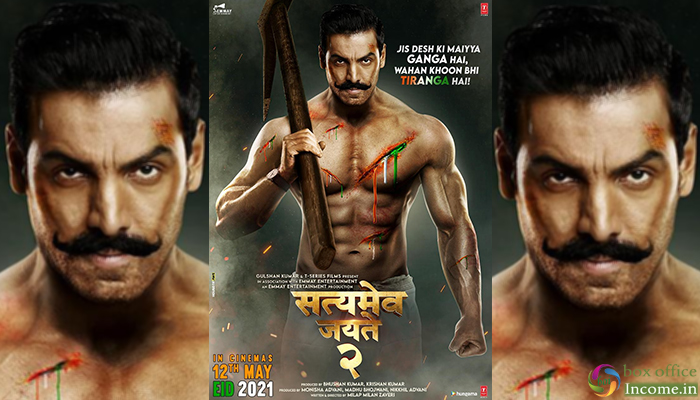 John Abraham wrote, “Jis desh ki maiyya Ganga hai, wahan khoon bhi Tiranga hai! #SatyamevaJayate2 in cinemas on 12th May, EID 2021. #SMJ2EID202”. However, the film was to earlier start shooting in April for an October release, but the pandemic has changed everything.

Director Milap Zaveri has been working on the script amid the lockdown. The team will start shooting for the film from next month (October 2020). They will be heading to Lucknow to start shooting amid the new normal. The first part was loved by the audience and fans are eagerly waiting to watch its sequel.

Speaking about the film, John had earlier said: “I genuinely enjoyed the story and telling of the original film. I could tell it was a story that the audience will find engaging. With Satyameva Jayate 2, the aim, once again, is to entertain the audience with a story that’s relevant in today’s times.”