The new sizzling number Jehda Nasha from An Action Hero is perhaps going to be one of the most talked of peppy tracks. Jedha Nasha, which is a dancing track, is the official remake of an old song with the same title sung by Amar Jalal and Faridkot. 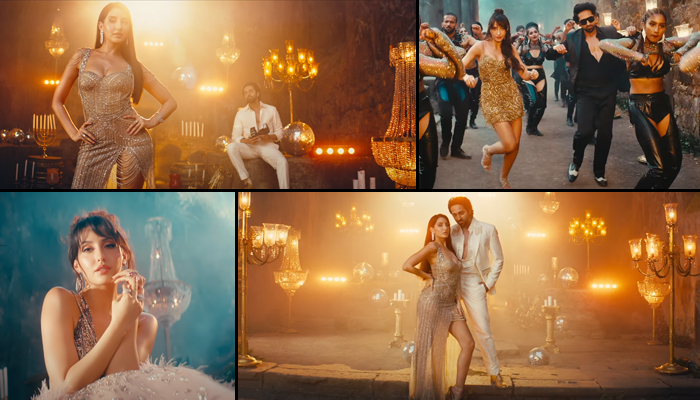 Recreated by Tanishk Bagchi, the song has been sung by Amar Jalal, IP Singh, Yohani, and Harjot Kaur and penned by Amar and Balla Jalal. It begins with Ayushmann Khurrana, dressed in shades and a white suit, checking into a film set, where he shoots for a video with Nora, who looks drop-dead gorgeous in a rather glamourous look.

As soon as the song released, fans started sharing their reactions and reviews below the post. While some found Nora and Ayushmann’s collaboration outstanding, others felt that the former stole the show with her amazing dance moves.

An Action Hero revolves around movie star Manav (played by Khurrana) who runs for his life as Bhura Solanki (played by Jaideep Ahlawat), a Municipal Councillor of Mandothi village in Haryana, wants to avenge the mysterious death of his brother.

Slated for release on December 2, 2022, An Action Hero has been helmed together by Anirudh Iyer and produced by Bhushan Kumar, Krishan Kumar and Aanand L Rai.”