Unfortunately, the decently buzzed Jabariya Jodi has got failed to impress the audience and getting a dull response at the box office since its release. Being a Prashant Singh’s directorial, this romantic comedy drama was expected to perform well like his previous films, but on the contrary, it is just disappointing. 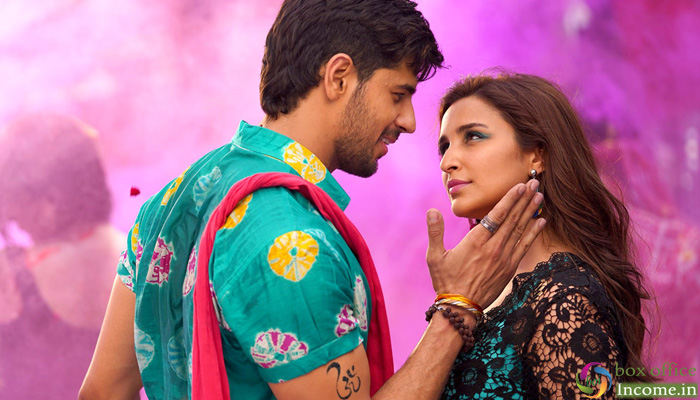 Sidharth Malhotra and Parineeti Chopra starrer this romantic drana movie Jabariya Jodi didn’t gain desired pre-release hype despite good star power, budget and promotions. So it was released with decent buzz and registered a below-expected opening with an average occupancy.

Despite a decent hype and wide-scale promotions, Jabariya Jodi opened to a dull note on Friday and registered the lower opening than Sidharth’s previous flop Aiyaary (3.36 crores). By remaining almost flat over the weekend, it did the business of 12 crores that included 3.15 crores of Friday, 4.25 crores of Saturday and 4.60 crores of Sunday.

Then on weekdays as well, Sidharth-Parineeti starrer got failed to maintain a steady pace and slowed down considerably. On Monday due to EID holiday, it minted the amount of 2.40 crore after a drop of approximately 23.82% than Friday. Then on Tuesday, the film raked the business of 1.35 crore.

On the next day i.e. Wednesday, Jabariya Jodi dropped further and collected the amount of 1.02 crore. With this, it has raised its 6 days total collection to 16.77 crores at the domestic box office. Now it is likely to rake around 17.50 crores only in the first week.