Sidharth Malhotra and Parineeti Chopra’s second collaboration pairing opposite to each other, Jabariya Jodi has showed disappointing performance in the opening weekend. It started the journey on an average note and remained almost throughout due to mixed reviews from critics as well as audience. 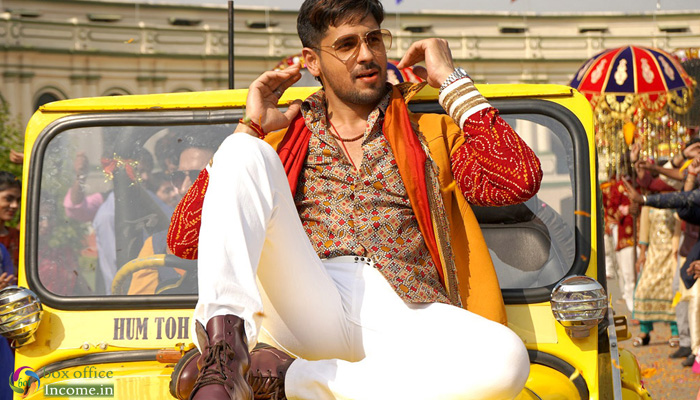 Directed by Prashant Singh, this romantic comedy movie has got failed to impress all the critics and audience. Also despite having good star power, budget and promotions, makers hasn’t got succeed to create desired pre release buzz for it.

In the opening weekend, Balaji Motion Pictures & Karma Media and Entertainment’s production Jabariya Jodi recorded an average occupancy throughout and did the business of 12 crores across nationwide. This was included 3.15 crores of Friday, 4.25 crores of Saturday and 4.60 crores of Sunday.

Now Sidharth-Parineeti starrer is running in weekdays and getting more lower response from audience due to normal working days. On Monday with around 23.82% of drop than Friday, it raked the business of 2.40 crores.

On the next day i.e. Tuesday, with further drop Jabariya Jodi minted the amount of 1.35 crore and raised 5 days business total to 15.75 crores at domestic box office. With this trend, it doesn’t seem able to touch the mark of 20 crores by this week.