This Friday released romantic comedy movie from Bollywood, Jabariya Jodi has passed the opening weekend on an average note with limited growth over Saturday and Sunday. Directed by Prashant Singh, it received mixed reviews from critics as well as audience and heading with slow pace. 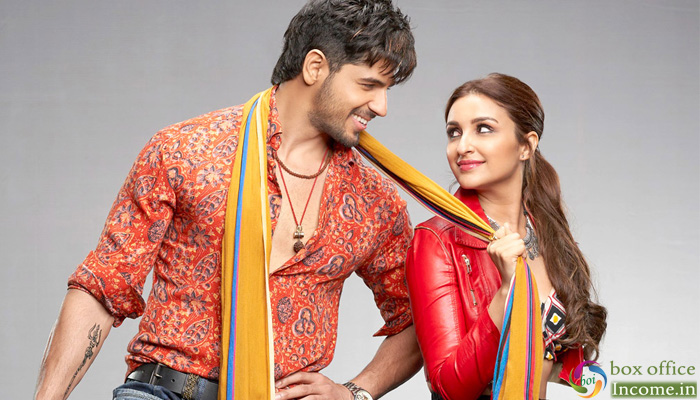 Jabariya Jodi starring Sidharth Malhotra and Parineeti Chopra in lead roles and despite having good star power, budget and promotions, makers got failed to generate it’s desired pre-release hype. After the release, the movie got failed to impress most of the audience.

On the opening day, Balaji Motion Pictures and Karma Media & Entertainment’s presentation recorded an average occupancy and did the business of 3.15 crores, which is even lesser than Sidharth Malhotra’s last release Aiyaary (3.36 crores).

But on Saturday i.e. weekend too, Jabariya Jodi remained low and minted the amount of 4.25 crores with slight growth. Then on Sunday as well, it reported little jump and garnered the business of 4.60 crores. After a weekend, it’s total collection was recorded as 12 crores at the domestic box office.

On Monday, due to the partial holiday of Eid, Jabariya Jodi managed some hold on Monday and rake the business of 2.40 crores. After the 4 days total collection to 14.40 crores at the domestic box office. Which means the first week would be in 17-18 crores range.

Sidharth Malhotra plays the role of a thug in Jabariya Jodi, who kidnaps both the groom and Parineeti Chopra, his love interest. The duo were last seen in comedy film Hasee Toh Phasee (2014).