Balaji Motion Pictures’ presents ‘Jabariya Jodi’ got failed to impress most of the audience as well as critics and registered an average opening weekend at the box office. It opened to a dull note and witnessed minimal growth over the weekend. 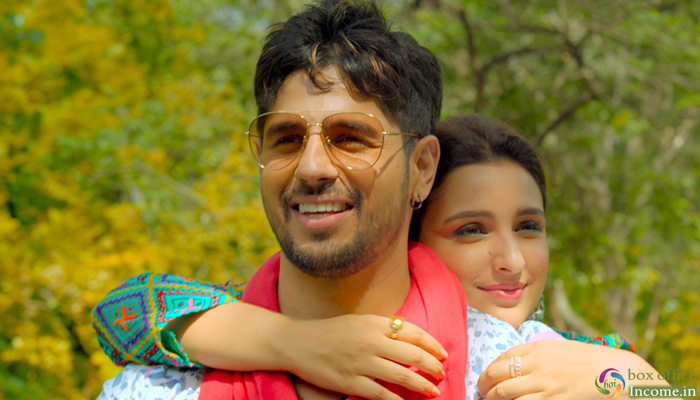 Sidharth Malhotra and Parineeti Chopra starrer Jabariya Jodi got a poor response at the box office on Friday. It recorded an occupancy of only 8-10% across India and did the business of 3.15 crores, which is even lesser than Sidharth Malhotra’s Aiyaary (3.36 crores) and Ittefaq (4.05 crores).

On Saturday, this romantic comedy drama took slight jump due to a weekend and minted the amount of 4.25 crores. Then on Sunday, with further increase in footfalls, it bagged the amount of 4.60 crores and raised its first weekend total collection to 12 crores at the domestic box office.

The film is expected to hold on well today due to the partial holiday of Eid. While at least 2.50 crores seem to be on the cards today, it would be a wait and watch scenario for tomorrow and day after, before the big guns [Mission Mangal, Batla House] hit the screens on Thursday.

The film is produced by Ekta Kapoor under Balaji Telefilms banner takes inspiration from ‘Pakadwa wedding’ (groom kidnapping) which is prevalent some parts of Bihar, is a custom where an eligible bachelor is kidnapped by the bride’s family and forced into marriage to avoid dowry.

Sidharth Malhotra plays the role of a thug in Jabariya Jodi, who kidnaps both the groom and Parineeti Chopra, his love interest. The duo were last seen in comedy film Hasee Toh Phasee (2014).