Zee Studios recently released the teaser of Ali Abbas Zafar and Himanshu Mehra’s Khaali Peeli, starring Ishaan Khatter, Ananya Pandey, and Jaideep Ahlawat. The lead actors have released multiple looks. It was rumoured that the film will release on a digital platform. Now, it’s has been confirmed that the film will begin streaming on Zee Plex from October 2, 2020. 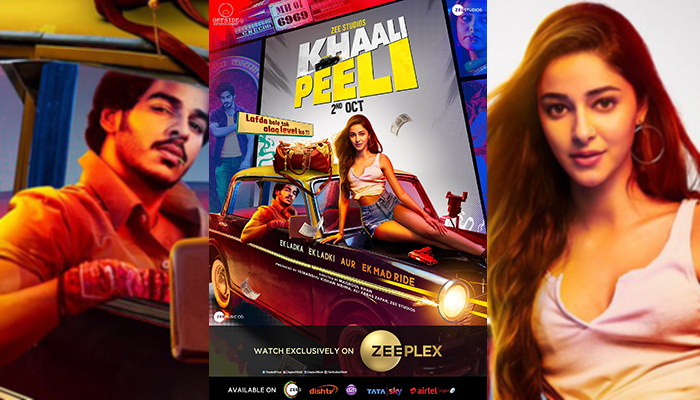 Via the Zee Plex service, viewers can watch the film on multiple platforms, including DTH services such as TataSky and DishTV, at a cost. “While we all love to catch the latest movies at the nearest theatres, we sensed the need for a solution like Zee Plex, which gives the consumers flexibility and convenience, to catch their favourite films in the comfort of their homes, along with friends and family,” Shariq Patel, CEO, Zee Studios said in a statement.

Ishaan will also be seen as Maan Kapoor in director Mira Nair’s BBC adaptation of Vikram Seth’s novel A Suitable Boy. The six-part drama will be released on Netflix.