After a good opening weekend, much-awaited comedy drama Housefull 4 running strong on weekdays as well and registered a massive total business in a week. Due to its mass appeal, the film has recorded a strong response from single as well as multi-screens throughout across the country. 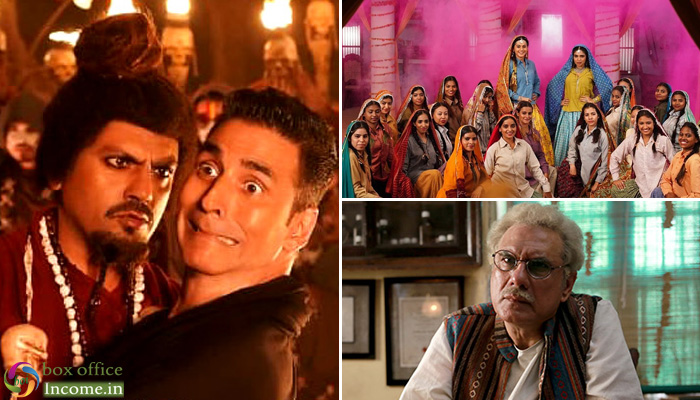 Starring ensemble cast that includes superstar Akshay Kumar, Riteish Deshmukh, Bobby Deol, Kriti Sanon, Kriti Kharbanda and Pooja Hegde, Housefull 4 took a good start and did the business of 53.22 crores in the weekend with 19.08 crores on Friday, 18.81 crores on Saturday & 15.33 crores on Sunday.

Then on weekdays, the film witnessed a normal drop in footfalls but still managed to remain steady at the box office. On Monday, due to national holiday it minted the amount of 34.56 crores. While on Tuesday, it bagged the amount of 24.04 crores on Tuesday & 16.35 crores on Wednesday.

On the next day i.e. Thursday, Nadiadwala Grandson Entertainment’s production Housefull 4 garnered the business of 13.14 crores and raised its 7 days total collection to 141.31 crores nett at the domestic box office.

On the other hand, Bhumi-Taapsee starrer Saand Ki Aankh registered the business of 2.47 crores in the weekend with mixed reviews. On weekdays, it minted 3.19 crore on Monday, 2.85 crore on Tuesday, 1.63 crore on Wednesday 1.54 crores on Thursday. After 7 days, its total collection has become 11.68 crores.

While Rajkummar Rao and Mouni Roy starrer Made In China has collected only 3.75 crores in the weekend. On weekdays, it raked the business of 3 crore on Monday, 1.75 crore on Tuesday, 1.10 crore on Wednesday and 0.90 crores on Thursday to take its 7 days total collection to 10.50 crores nett.