After a good opening on Friday, the newly released Hindi comedy drama Housefull 4 has witnessed a steady on its second day. Despite mixed reviews from the critics as well as the audience, the film is not getting the desired response. 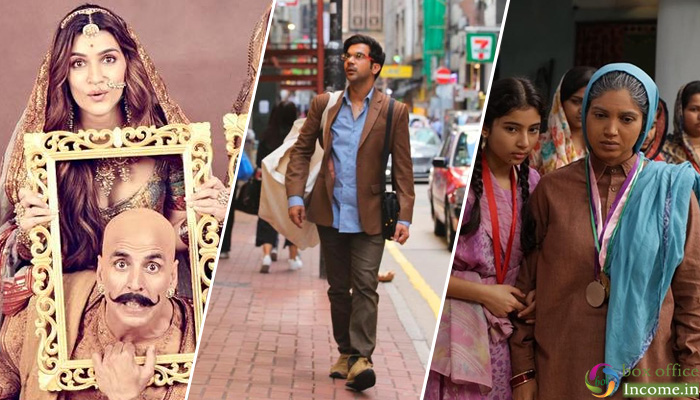 On Friday, it opened on a decent note but witnessed a fair jump in footfalls from evening shows and minted the amount of 19.08 crores. Then on Saturday, with approx. normal drop, Housefull 4 raked the business of 18.81 crores and raised its 2 days domestic total to 37.89 crores.

While the Mikhil Musale directorial’s comedy drama Made In China that stars Rajkummar Rao and Mouni Roy has received negative reviews from the critics and struggling to divert audience. On Friday, it took a slow start with 1.25 crore. On Saturday, it bagged the amount of 1.53 crore and raised its 2 days collection to 2.78 crores.

On the other hand, Bhumi Pednekar & Taapsee Pannu starrer Saand Ki Aankh is struggling at the box office. On Friday, the Hindi sports-drama did the business of 0.48 crore, while on Saturday, it has bagged 1.08 crore. With this, its 2 days total collection has become 1.56 crores.