Directors Farhad Samji’s latest offering the comedy drama Housefull 4 has completed its one week journey on an outstanding note. It has been released last week with huge buzz among audience as well as fans of Akshay Kumar. As expected it reported amazing response through out its opening week despite mixed reviews by critics. 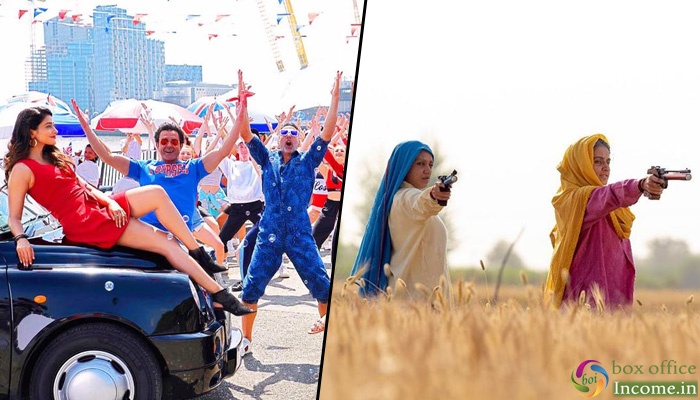 Akshay Kumar, Riteish Deshmukh, Bobby Deol, Kriti Sanon, Kriti Kharbanda and Pooja Hegde starrer Housefull 4 did the business of 141.31 crores in the opening week which included 53.22 crores in the weekend and 88.09 crores on weekdays.

Produced by Nadiadwala Grandson Entertainment, Housefull 4 has now entered in the second weekend and managed to collect the amount of 8.05 crores on 2nd Friday. With this, its 8 days total collection has become 149.36 crores nett at the domestic box office.

On the other hand, Saand Ki Aankh is also running steadily at the box office. Despite mixed reviews from the critics, it remained steady and did the business of 11.68 crores in the opening week, which included 2.47 crores in the weekend and 9.21 crores on weekdays.

Now on 2nd Friday, with a usual drop in footfalls, Reliance Entertainment – Chalk and Cheese Films’ production bagged the amount of 1.28 crores and raised its 8 days total collection to 12.96 crores at the domestic box office.