The latest installment of India’s most successful comedy franchise Housefull, has completed passed its second weekend trial on a strong note. Despite opening to mixed reactions on October 25, the film has clocked impressive numbers. 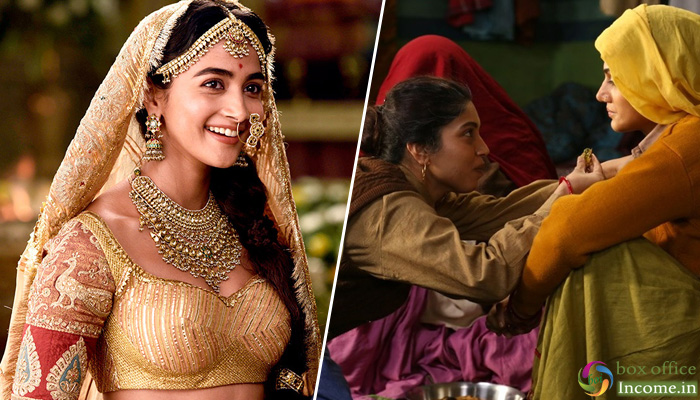 Housefull 4 showed commendable performance through out in its opening week and raked the business of total 141.31 crores, that includes 53.22 crores of weekend and 88.09 crores of weekdays. In the the second weekend, as expected Housefull 4 witnessed decent growth in its business graph and minted impressive.

On Friday, it faced considerable drop than Thursday and did the business of 8.05 crores. On Saturday, being weekend and due to favorable buzz, it received higher response and collected the amount of 10.10 crores.

On the last day of weekend, being Sunday the movie reported more higher response and added the amount of 13.12 crores to its account. After the 10 days journey, total collection of Housefull 4 has become 172.58 crores on domestic box office.

Directed by Tushar Hiranandani, Saand Ki Aankh has also got mixed reviews from the critics as well as the audience. In the first week and did the business of 11.68 crores, that included 2.47 crores on the weekend and 9.21 crores on weekdays. On 2nd Friday, it collected the amount of 1.28 crores after a normal drop than the previous day.

Then on 2nd Saturday, Saand Ki Aankh took a decent jump and minted the amount of 1.89 crores. On the next i.e. 2nd Sunday, with a further growth, the film has garnered the business of 2.32 crores and raised its 10 days total collection to 17.17 crores at the domestic box office.