The new Hindi releases of this week- Jawaani Jaaneman and Happy Hardy and Heer have opened on a decent note. All these are not gonna face any difficulty because of last week’s Street Dancer 3D and Panga but a three weeks back released smoothly-running Tanhaji can hamper their run. 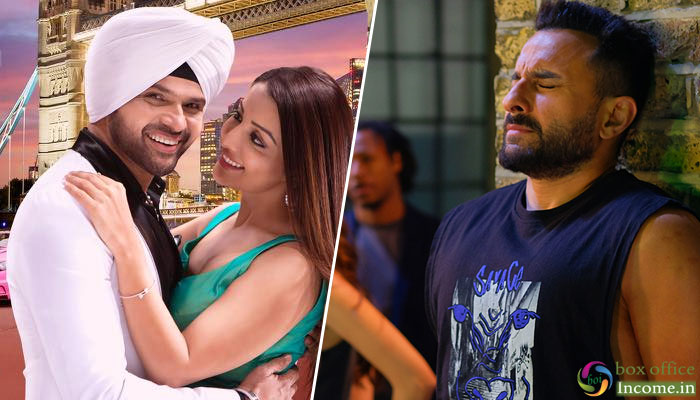 Directed by Raka, the romantic drama has received mostly positive reviews from the critics for its interesting storyline. It has got succeed to entertain many in theatres across the country and gained a positive word of mouth. Everyone is praising the chemistry between the leading pair.

On Friday, Happy Hardy and Heer took a decent start with an occupancy of 5-7% in the morning and recorded a fair growth in footfalls post noon shows. In the end, it has bagged the amount of around 1 crores at the domestic box office. Due to positive feedback, it is expected to pick up well over the weekend.

In Parallel, Pooja Entertainment, Black Knight Films and Northern Lights Films’ production Jawaani Jaaneman, starring Saif Ali Khanm Tabu, Alaya F and Kubbra Sait has released with a decent buzz. Jawaani Jaaneman is being liked by most of the audience but getting mixed reviews from critics.

On the opening day, Nitin Kakar’s directorial this comedy drama opening to slow note and witnessed around 10% of occupancy. With decent growth over the evening and night shows, it minted 3.24 crores at domestic box office.