Gurmeet Choudhary is a name synonymous with all things entertainment and fitness. The dashing actor has time and again proven that he is a fitness buff, to another level! His fitness videos are always one that go viral on social media and motivates the youth to work out like him. 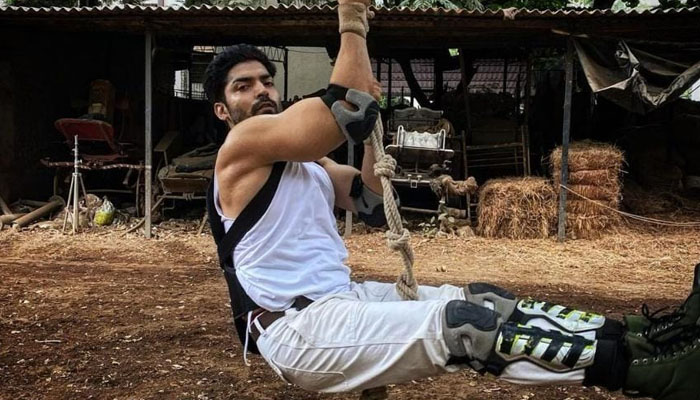 That’s not all, the actor was also seen climbing a rope which surely is not easy as it looks! Rope climbing is a method to use your limbs to strengthen your core and proves to be extremely beneficial for those who are hardcore into fitness.

Word on the block is that Gurmeet has been prepping day and night for a special role in an upcoming project. A source close to the handsome actor said he is working on strengthening his core and building muscle purely for a role in a project that asks for it.

Well, we for one can’t wait to know more on his project and have our eyes set on his Instagram to know more!