Rashmika Mandanna is all ready to make her Bollywood debut with Goodbye alongside Amitabh Bachchan and the trailer has just dropped. Rashmika, who is best known for her roles in Pushpa and Dear Comrade, plays the role of Big B and Neena Gupta’s daughter in the emotional family drama revolving around a passing of a family member. The film also stars Sunil Grover, Pavail Gulati and Elli AvrRam in pivotal roles. 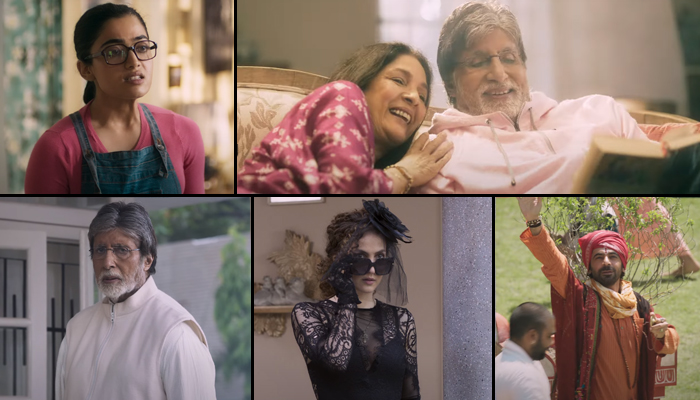 Dropping the trailer, Mandanna wrote, “A part of our #Goodbye baby is now yours.. This one is special for so many reasons but for now I hope you and your family like this..”

The trailer begins with a usual fight between the father-daughter duo played by Amitabh and Rashmika, while Neena being the wife and mother tries to handle the situation. However, soon after that, the montage displays the sudden death of Neena which changes the dynamics of the whole family.

Talking about the film, Pavail Gulati told HT, “It is a family entertainer and has lots of drama and comedy. It is about a family which is going through something. I am dying for its trailer to be out. I am attempting comedy for the first time. I was so nervous before doing it but once I entered it, I thoroughly enjoyed myself.”

Goodbye is produced by Ektaa R Kapoor’s Balaji Motion Pictures in association with Good Co. The film is all set for worldwide release in cinemas on 7th October 2022.