Directed by the debutante Raj Mehta’s latest offering Good Newwz is showing exceptional performance at the box office. The film entered in the new year with a big bang and joined the 100-crore club domestically within 6 days of release. Also, it has grossed over 169 crores at the worldwide box office. 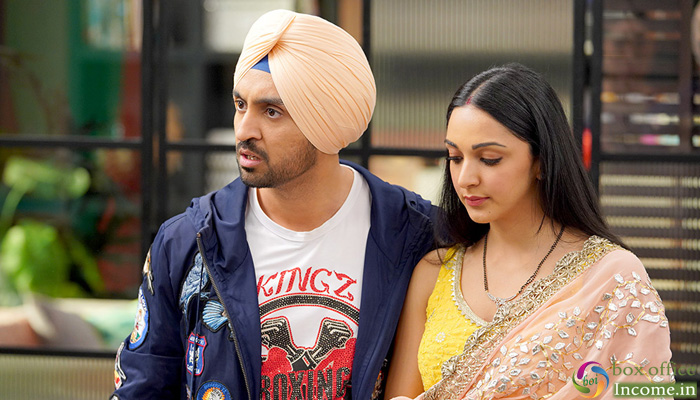 The comedy entertainer Good Newwz stars Akshay Kumar, Kareena Kapoor Khan, Diljit Dosanjh and Kiara Advani in lead roles. It was released with huge buzz and expectedly got succeed to hit the target right. As a result, it has received mostly positive reviews from the critics as well as the audience.

After the excellent start, Akshay Kumar and Karan Johar’s production showed solid uptrend over the weekend and did the business of 65.99 crores which included 17.56 crores on Friday, 21.78 crores on Saturday & 25.65 crores on Sunday despite having last week’s Dabanng 3 in the opposite.

Good Newwz is now running on weekdays and still has a superb hold over the audience across India. On Monday, it remained strong and minted the amount of 13.41 crores. While on Tuesday due to a holiday, the film witnessed a good jump and bagged the amount of 16.20 crores.

On the next day i.e. Wednesday, due to New Year Eve, Zee Studios’ presentation faced a solid growth in footfalls and managed to collect 22.50 crores and raised its 6 days total collection to 117.10 crores at the domestic box office.